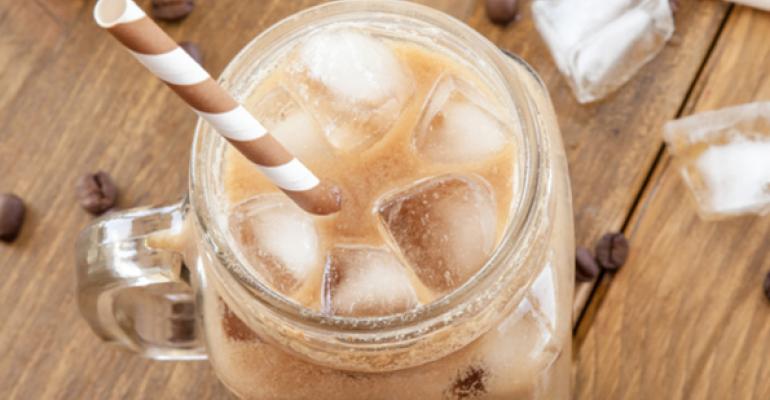 If you’d like to steer your coffee program toward a market niche that’s experiencing rapid growth, cold brew coffee is for you. New numbers from market research firm Mintel show that while very little cold brew is sold overall—it accounts for a microscopic 0.4 percent of ready-to-drink coffee sales—year-over-year sales rose 115 percent last year. It could be the next big growth story in the coffee business, Mintel says...at least for operations that attract free-spending coffee connoisseurs.

“Retail sales of cold brew coffee reflect its rising popularity as growth has been steady since 2010, shooting up rapidly from 2014-2015,” says Mintel beverage analyst Elizabeth Sisel. Indeed, sales rose 330 percent over this period. “While cold brew represents a small portion of the overall category, our research indicates curiosity about trying a new style of coffee is driving current consumer demand. However, this may foretell future challenges for the beverage; when a newer coffee brewing method begins to trend, it may easily overshadow cold brew’s current popularity.”

Enough people are curious about cold brew now that Mintel took a rigorous look at who bought the $7.9 million worth of it sold in the U.S. over the past year. Researchers found that only 24 percent of U.S. consumers purchase cold brew at retail, with “older Millennials” (55 percent) and men (30 percent) being most likely to give it a try. The coffee drinkers most open to sampling cold brew are those who enjoy new styles of coffee preparation (37 percent).

Future growth could be hard to come by. Right now, a majority of potential customers seem to be happy with the style of coffee they currently drink. Mintel found that 58 percent of those who don’t drink cold brew coffee drinkers aren’t even interested in trying it to see what they might be missing.

Older consumers are the least curious, with 65 percent of baby boomers expressing disinterest in cold brew coffee. Millennials are split down the middle; 45 percent are willing to try cold brew, while another 45 percent aren’t.

Trial wouldn’t necessarily drive much new business for restaurant operators. Hard-core coffee purists are drawn to cold brew coffee’s smoother taste and will pay a price premium over regular brewed coffee to experience it. But Mintel found that nearly half (48 percent) of those who have tried cold brew coffee but didn’t like it were put off by its taste. Just nine percent say it costs too much.

Resistance is even stiffer among those who have yet to try cold brew. More than four out of five (83 percent) say “taste perception” is the reason they aren’t willing to give it a try. It’s an astounding level of disapproval, given that these respondents don’t know what cold brew coffee tastes like. Nine percent of consumers who have never tried cold brew and say they aren’t interested in trying it admit that they do not know what cold brew actually is.

“The majority of Americans are coffee drinkers, drinking a wide variety of types. The category has great opportunity for growth, as long as it continues to evolve to meet drinker demands and innovate with current trends, including alternative preparation methods, premium or artisanal brews and better-for-you options,” says Sisel.