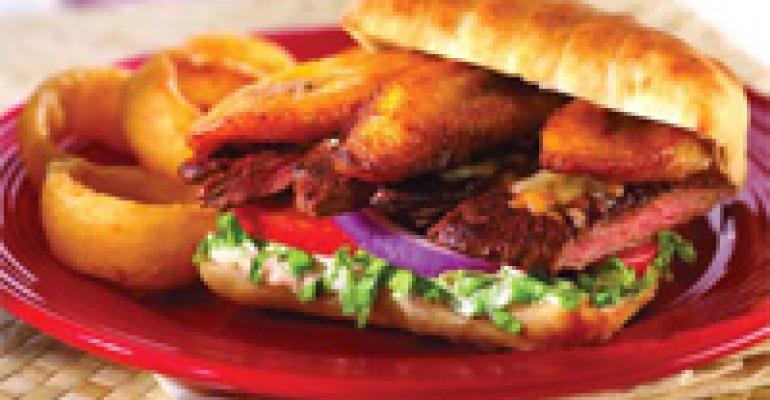 As Seen On TV!

Since T.G.I. Friday's parent company Carlson Restaurants Worldwide is privately held, we'll never know how big a sales boost its current “Ultimate” promotion actually produced. But its design will at least give other casual dining operators, particularly large chains, plenty of ideas about how to keep their menus fresh.

Or to be precise, how others can keep their menus fresh for them.

Friday's menu currently features six new items that were winners on the Food Network's “Ultimate Recipe Challenge,” a show taped earlier this year for airing in the March/April period. The contest saw amateur cooks prepare recipes Iron Chef-style before a panel of judges. The top finisher in each category won $25,000, and that recipe was then added to T.G.I. Friday's menus in the U.S.

For its sponsorship, Friday's earned a ton of publicity plus having some of its R&D menu development work done for it. Friday's in-house corporate culinary development team did have to do some serious reworking of the winning recipes to make them practical for commercial kitchens. And the marketing people had to come up with peppier menu names than those submitted by the contestants.

We know the judging was on the up-and-up because Ultimate Comfort Food winner Ivan Aviles is employed as a general manger at Chili's, a direct competitor to Friday's — information that somehow didn't make it into his bio on the Friday's website. His dish was known as “Boricua Plantain Sandwich” during the contest, and you can get an idea of how much work the T.G.I. Friday's culinary staff had to do on these recipes by comparing the restaurant version (menu name: Chipotle Grilled Steak Sandwich) with the original, found at www.foodnetwork.com.

No matter how well the restaurant versions of these items turned out, though, the marketing here was flawless. At just six episodes, “Ultimate Recipe Challenge” was a limited-run series. But episodes were repeated as many as nine times each during the period when the items appeared on Friday's menu. You can't ask for a better promotional push than that.