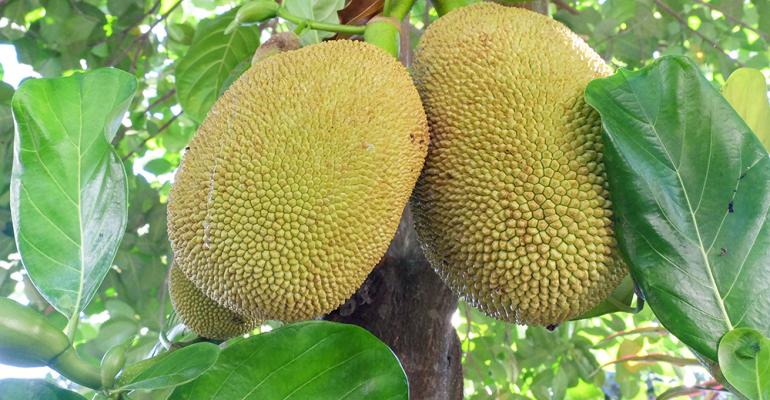 Jackfruit has appeared on food-trend roundups for the past couple of years, but this tropical fruit hailing from South and Southeast Asia could finally make mainstream menu moves in 2017. With increased consumer interest in meat alternatives, jackfruit is finding a place on the menu.

• FüD, a vegan restaurant in Kansas City, Mo., serves a jackfruit Reuben and Jack BBQ. On its website, the restaurant says jackfruit is a better option for customers who are avoiding soy and wheat, along with meat.