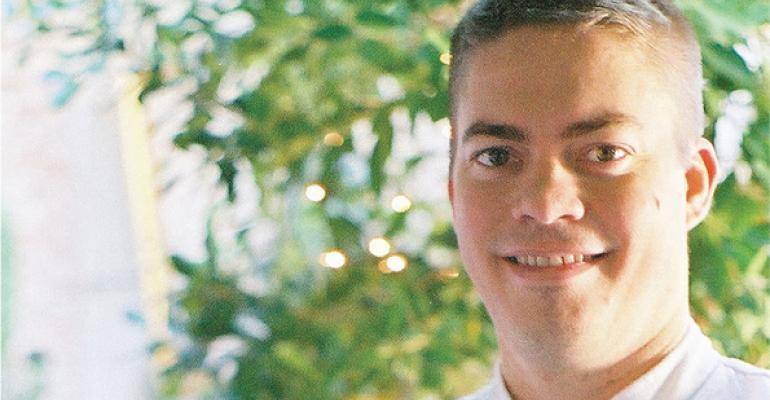 In the blast furnace called Scottsdale sits a classic Parisianstyle bistro that evokes the frenetic energy of New York City's Balthazar. This incredible disconnect in the Arizona desert quickly evaporates when you walk through the doors of Zinc Bistro.

Inside, you're no longer in the Southwest. The 25-foot-long zinc bar, the black-and-white tiled floors, the chalkboard menu, the wicker chairs and lace curtains make French promises that Chef/Proprietor Matt Carter keeps.

The 35-year-old refined his talent at Le Cordon Bleu in Paris, and his cooking skills were honed under Christopher Gross (chef de cuisine at Christopher's), Thomas Keller (poissonnier at the French Laundry) and Michael DeMaria (executive chef at Michael's at the Citadel). Under these giants he would reach for the stars, but Carter understands that proper bistro food is down-to-earth.

At Zinc Bistro you'll find earthy ingredients such as pork belly, oxtail and bone marrow. Rustic menu items, such as Bordelaise short ribs with red wine and bone marrow, are balanced by items such as skate salad with heirloom tomatoes (see Carter's recipe on page 84).

Gayot declared Carter "one of the hottest young chefs in the valley," while Food & Wine named Zinc Bistro to its list of Top 10 New Bistros in North America. The desert heat has nothing on Carter.—