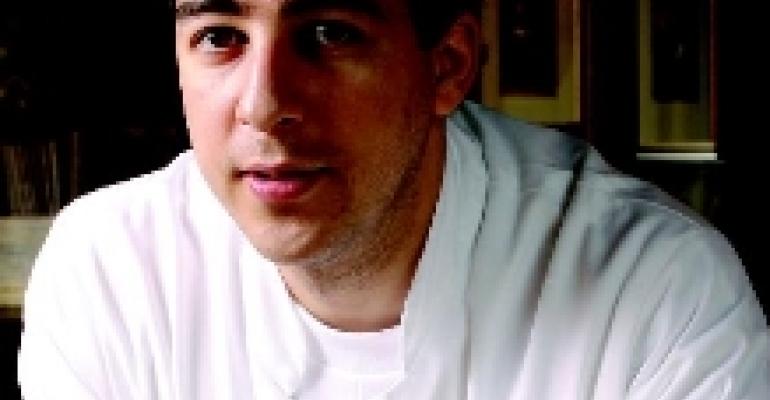 Over the years we've featured several Rising Stars who've served only one master and then gone on to great things. In this case, Jeremy Grandon, after graduating from the C.I.A., toiled for five years under the tutelage of Takashi Yagihashi before opening his own restaurant a year and a half ago. There's little doubt Grandon was paying close attention to his French-trained, Japanese-born mentor, who was named James Beard Midwest Chef of the Year when they were at Tribute in Farmington Hills, MI. Six months after Grandon moved on and opened Jeremy Restaurant & Bar in Keego Harbor, MI, the Detroit Free Press named it Restaurant of the Year 2004. It's no wonder. Jeremy is one of those great neighborhood joints you wish you had in your backyard. Grandon's contemporary global cooking is smart and mature, eschewing flashy in favor of bright, bold flavors. Here's what the Detroit Free Press had to say: "Among the hundreds of new restaurants that opened last year in metro Detroit, some got attention because they found a clever gimmick, had a famous corporate name or invested a fortune on a show-stopping interior. But lacking those advantages, tiny Jeremy Restaurant and Bar had to get noticed the hard way—with its food. And notice we did. . . An unknown chef who knocks us out with his food? Bravo!