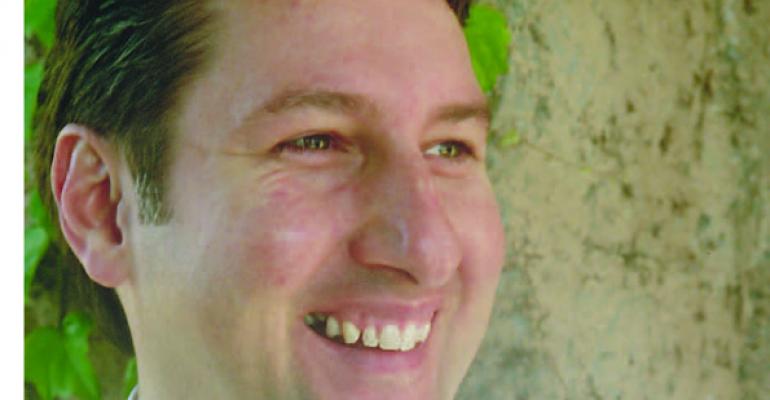 Two years ago a legend came knocking on the door of Chris Fernandez, and the young chef was smart enough to open the door. Larry Mindel, after decades of building the highly respected Il Fornaio chain of restaurant/ bakeries, declared it was time to focus his attentions on a singular Italian trattoria so authentic that it could be plopped down in Tuscany and be mistaken for one of its own.

What was born from the vision of Mindel and the culinary finesse of Fernandez is Poggio, a dream come true in the California seaside hamlet, Sausalito. Late last year in Esquire, John Mariani named Poggio one of America's best new restaurants, saying " Sausalito has needed a good restaurant for a long time. It got a great one."

Fernandez, a Poggio partner, cooked with the highly regarded Paul Bertolli at Oliveto in Oakland and at da Delfina in Florence, Italy. "It's not just a place to eat," he says of da Delfina, "it's a lifestyle. I want to capture that kind of cooking for Poggio."

The San Francisco Chronicle put Poggio on its list of the Bay area's top 10 new restaurants, as did the San Francisco Examiner. It's Fernandez, says Patricia Unterman of the Examiner, who is the key to Poggio's success. "He makes the difference at Poggio. He breathes life into this idealized outpost of Italy. He's the one who makes me want to eat there. No Mindel restaurant has served better food."