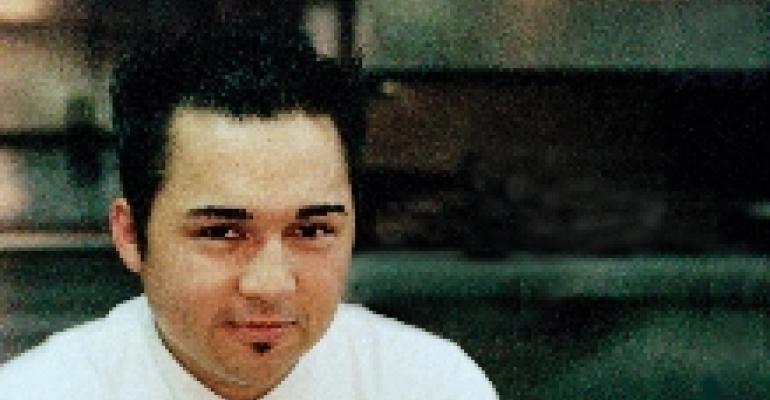 Like great sports teams, some restaurants have a tradition of excellence year after year, no matter who comes and goes. Take, for example, Wish restaurant in Miami Beach. Chef Andrea Curto-Randazzo put this Todd Oldman-designed restaurant on the map in 1999 when Esquire magazine named it a "Best New Restaurant." After she left in 2001 to open her own place, Michael Reidt, a Food & Wine magazine "Best New Chef," took over. Reidt left several months back, and his successor, Michael Bloise, has demonstrated that he, too, has the chops to be a star. Born in Virginia and raised by an Italian-American father and a Vietnamese mother, Bloise's contemporary American cooking has a decidedly Asian flare. Consider, for example, his dramatic appetizers, such as sesame-battered shrimp with watermelon-tomato "kimchee" and pan-seared foie gras with black pepper marshmallow and cascabel-roasted banana. The 29-year-old is a Johnson & Wales graduate who cut his teeth at several Miami Beach hotspots, including the Gaucho Room, where he cooked under another star chef, Frank Randazzo, Andrea's husband. "With all the talented chefs down at the Wine & Food Fest in South Beach last week (early March)," wrote the New York Post, "one local Miami chef really caught our attention . . . Michael Bloise, the new chef at trendy Wish."