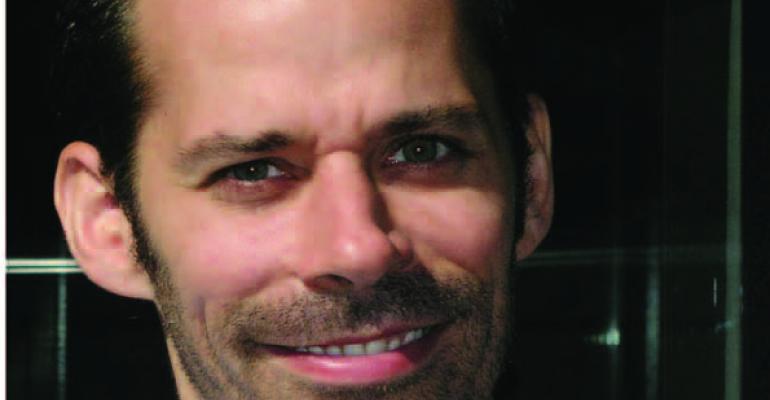 You can make an argument about the need to push the culinary envelope with foams, fried mayonnaise and edible menus. But even culinary cliff divers who seek out the next new gustatory experiment must reconnect with "real" food now and then. And there's no better place to do that than in a neighborhood joint that serve elbows-on-the-table grub. Perhaps nobody in America creates settings for this type of food better than Jimmy Bradley and Danny Abrams, who have several New York City hangouts, including The Harrison. They hired new blood there recently, and his name is Brian Bistrong. In keeping with the restaurant's mission, the 36-year-old is serving American classics and hearty pub fare that would thrill even adventurers. Bistrong is no hash slinger. He's worked for Gray Kunz and David Bouley, and it shows in dishes such as Biscuits and Gravy with Chorizo and Clams and Corned Beef of Short Ribs with Sauerkraut and Pear Salad. Bistrong's cooking is getting noticed: "To some in the gastronomic world, he may be a young whippersnapper, but to us, the new chef at The Harrison, Brian Bistrong, is nothing short of a master," wrote The Gotham.