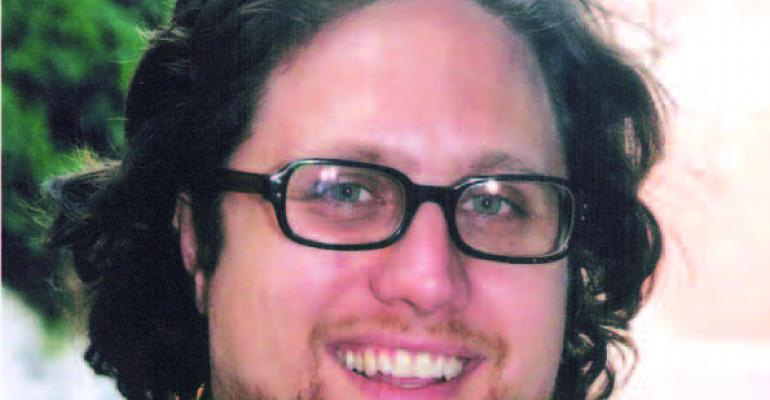 The bold and the beautiful are now flocking to Manhattan's Meatpacking District to eat at the city's most avant-garde restaurants. The newest arrival is 5 Ninth, housed in a three-story brownstone that plays it so cool you'll find no sign for the restaurant, but rather a faded number 5 on a weathered door. A place this hip needs a worthy chef, and it has one in a 30-year-old named Zak Pelaccio. He made a name for himself at the now-extinct Chickenbone Cafè in Brooklyn. (This alone should tell you something. Only a great talent can draw customers to a restaurant named after something you choke on.) His talent was honed under culinary titans Daniel Boulud and Thomas Keller, and tempered by his travels through Italy, France and Asia. You'll find influences of each on his menu, but Pelaccio's time spent in the Far East has had the biggest effect on his cooking. A signature dish, for example, is Noodles Raja Chulan (rice noodles with lobster pieces in a sour coconut broth.) His talent has attracted media attention, including that of the New York Post, which wrote: “Pay attention the next time you're in the Meatpacking District. You'll see people walking past Pastis, strolling by Spice Market and turning their backs on the wood-burning ovens at Vento. The reason? Zak Pelaccio.”