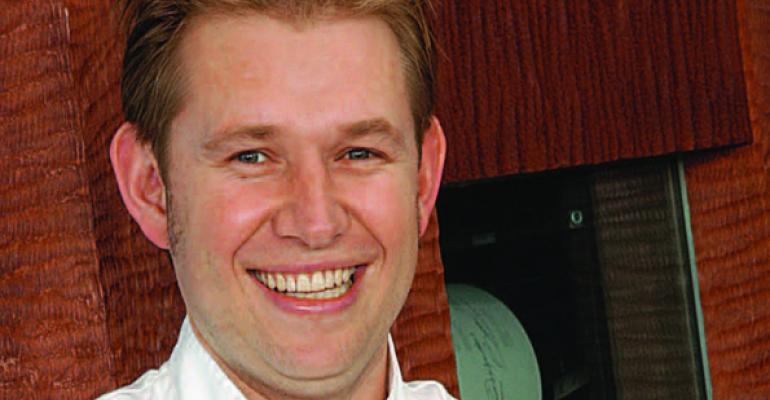 After graduating from high school, Jacques Van Staden sold his car to buy a plane ticket to America, a country where very few 18-year-olds would ditch their wheels for love or money. It was a big move for the kid from Pretoria, South Africa, who rolled the dice for a big-time cooking career. His gamble paid off. And talk about big; his first cooking job took him to the historic Occidental Grill in Washington, D.C., and from there he moved on to cook with the legendary Jean-Louis Palladin. Next came cooking stints with two other legends, Gray Kunz and Michel Richard. Last year, another legend, Andre Rochat, lured Van Staden to the Palms Resort & Casino in Las Vegas, where the 33-year-old leaves nothing to chance as the chef de cuisine of AlizÈ. It's not the most famous French restaurant in the land of high rollers, but AlizÈ beat out Le Cirque, Renoir and Picasso as “Best French Restaurant,” according to Las Vegas Life Magazine. Van Staden has rubbed shoulders with some of the best in the business, and we'd bet our car that this hot rod is a legend in the making.