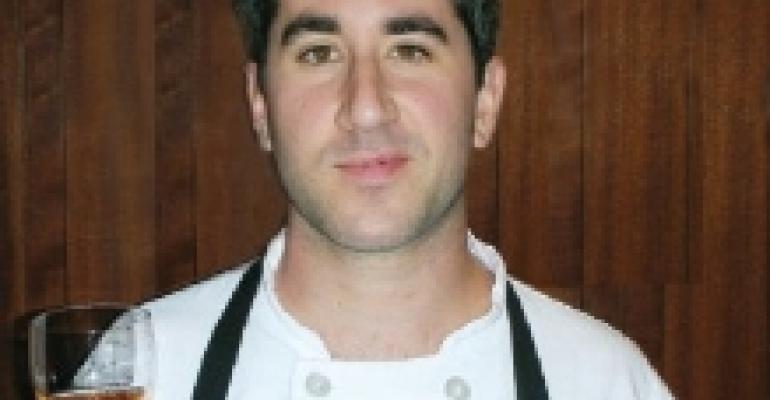 Marigold Tea Room had been a fixture in Philadelphia for 70 years before Jonathan Makar and Steve Cook took over the quaint Victorian rowhouse restaurant two years ago. Quaint quickly gave way to contemporary and its blue-plate special menu was shelved in favor of a modern-American menu with a Mediterranean accent.

A restaurant that was once an old comfort-food standby is now a destination for foodies who clamor for chef Michael Solomonov’s smart and flavorful cooking.

Born in Israel and raised in Pittsburgh, the 27-year-old graduated from the Florida Culinary Institute before moving back to Philadelphia to cook in secondary roles at Avenue B, Striped Bass and, most notably, Vetri, arguable the city’s greatest Italian restaurant. Solomonov’s role as sous chef under the highly regarded Marc Vetri clearly shaped his culinary style.

Now at Marigold Kitchen, he’s calling the shots and cooking with the maturity of a seasoned veteran. His menu is adorned with simple, earthy flavors, such as a first course celery root soup with caraway and escargot. Other, more substantial offerings include black bass with Persian wedding rice and walnut sauce, or pork loin roulade with grape leaves and orzo. Ifyou like Mediterranean food, then Solomonov is your king.

One of the city’s best restaurant deals takes place on Sunday when Marigold Kitchen offers a three-course meal (appetizer, entree and dessert) for $35. Is it any wonder why Philadelphia magazine name Solomonov the city’s “Best New Chef” in 2006?

“You may not know him yet, but his work at Marigold is the best possible introduction, affirming him as one of Philadelphia’s most promising young culinary talents,” wrote Maria Gallagher of Philadelphia magazine.