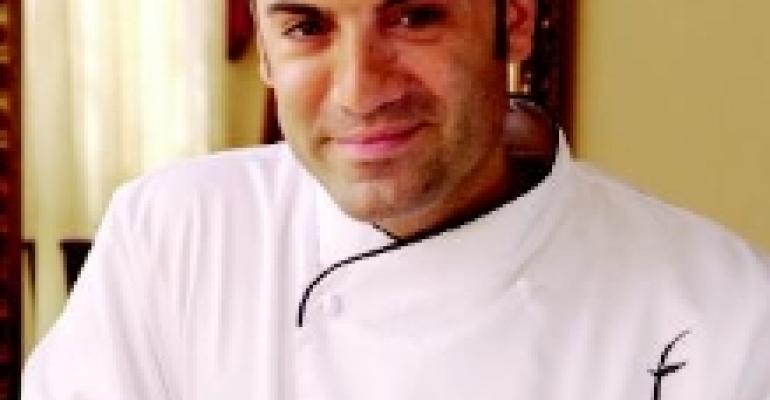 At a time when too many kids coming out of culinary school expect to be celebrity chefs, the really talented cooks simply get down to business. Consider the case of Ryan DePersio, who toils mightily at his restaurant, Fascino, in Montclair, NJ. Despite having cooked in some big-name kitchens, he quickly understood that nothing matters more than putting butts in seats. But, because of his singular focus on pleasing guests, DePersio has managed to attract media attention while driving customer traffic.

This 25-year-old is grounded, to a large extent, by his family, which plays a large role in Fascino, the Italian word for fascination. Ryan's mother, Cynthia, is Fascino's pastry chef. Anthony, his brother, runs the front of the house.

They are a tight-knit, good-looking Italian family, which always plays well with the media. But it was the talent of son and mom, along with their impressive New York credentials, that caught the attention of the "Today Show," where the family recently appeared on a cooking segment.

Ryan cooked in the kitchens of Judson Grill, Bouley Bakery, Jean Georges and Vong. He also cooked at a one-star restaurant in Paris and a three-star restaurant in Florence. All of these influences translate into a contemporary Italian menu that transcends the usual genre, such as his entree of duck breast with confit cannelloni and black fig compote.

Ryan's cooking style caught the attention of the New York Times, which gave the restaurant an " excellent" rating, and described the young chef as serious and artful. Nevertheless, Ryan's goal is to be a great chef, not a celebrity chef. Now, that's fascinating.