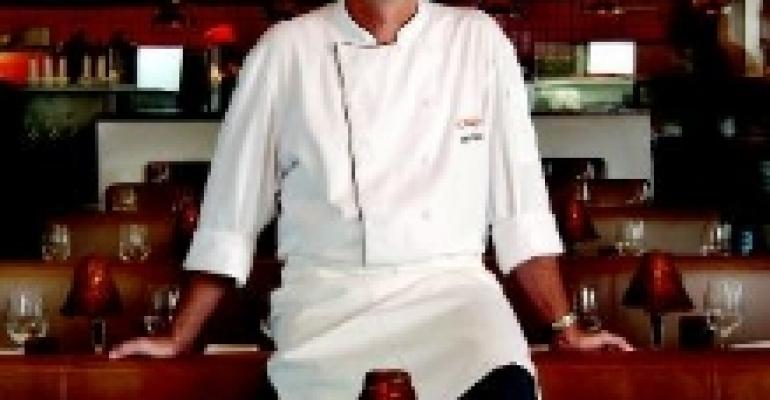 No matter how much time, effort and money you throw at a

His restaurant, Chispa, is not merely a name (it means "spark" in Spanish), it's a one-word mission statement that makes promises Votaw keeps. At age 43, he's been around the block and he knows what people want. He learned that at a very early age working with his father at several small Ohio restaurants. There he cooked, crunched numbers, made customers happy.

Those lessons were reinforced at several places after graduating from the CIA. His culinary journey has taken him to Le Gavroche in London, then to Le Chardon D'or in Alexandria, VA, and Cafè L'Europe in Palm Beach.

Votaw also demonstrated just how versatile he is when he took the pastry chef's position at the Four Season Ocean Grand, where he won awards for his work.

He later moved on to work for China Grill Management in the late '90s, where he opened two properties as executive chef. A few years back he ran the kitchen at Little Palm Island, an exclusive Florida Keys resort and spa. Conde Nast Traveler wrote the Little Palm was one of the top three restaurants in the country during Votaw's reign.

So, why a Rising Star award now? Because Votaw has settled into the sweet spot of his career. At Chispa in Coral Gables, FL, his Latin menu has the spark of passion and the maturity to let the ingredients shine. The formula has been so successful that Votaw and crew are about to open a second Chispa in Doral, FL.

He's proven that even later in life the sparks of success can burn bright. —Michael Sanson