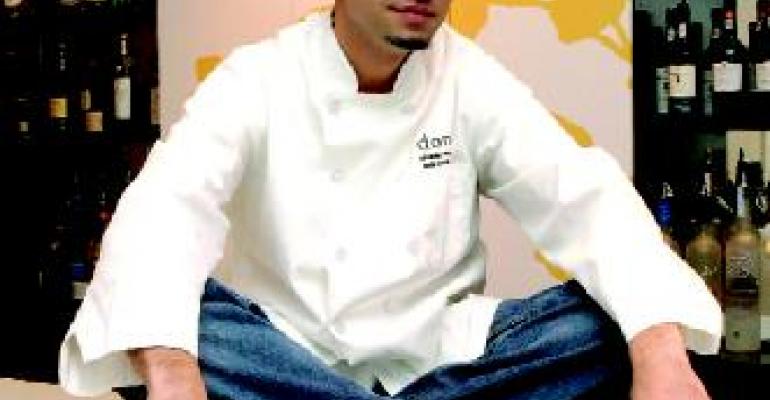 Donatella Arpaia put herself on the culinary map several years ago when she opened her first New York City restaurant, Bellini. But when she later teamed up with legendary chef David Burke to create their eponymous davidburke & donatella, she became a full-fledged star.

Once you sip champagne with the gods, the culinary world keeps on eye on your every move. Her latest came in March when she partnered with chef Michael Psilakis to create Dona, a restaurant that replaced Bellini and serves what they're calling "First Generation Cuisine."

Psilakis first got noticed years ago when he began cooking Italian cuisine on Long Island at his own trattoria, Ecco. With the success a two-star New York Times review brings, Psilakis packed his knives and moved on to the big city to open Onera, which signaled a return to his family's Greek roots.

At Onera, which he still owns, Psilakis puts a contemporary spin on Greek classics. And, with the temerity of a young chef who's feeling his oats, he also has a prominent place on his menu for organ meats. The New York Times' Frank Bruni admired the chef's "daring and conviction" and gave Onera two stars. Esquire named Psilakis to its list of "Four Chefs to Watch in 2006."

Onera means "dreams" in Greek, while Dona means "gift" in Italian. The dream-team pairing of Psilakis and Arpaia will, indeed, lead to a culinary gift bag of treasures from their ancestral homes and other southern European countries.

With Arpaia charming the front of the house, Psilakis is free to dream to his heart's content.