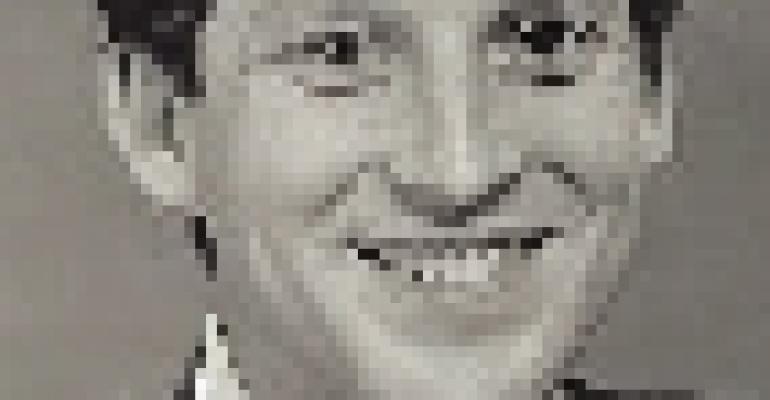 Age: 29. Why he's rising: After years of working with some of the best in the business, Sachs last year opened his own restaurant, Spruce, which has won numerous kudos, including a nod from Esquire magazine as the country's best new restaurant of 1996. Background: Trained at Kensington Place, the 1990 London Times "restaurant of the year." Cooked in New York City for Drew Nieporent's Tribeca Grill and Danny Meyer's Union Square Cafe. Managed the acclaimed Chicago restaurant, Spiaggia. Education: Graduated first in class at La Varenne in Paris. Later earned a bachelor's degree (cum laude) in government at Harvard, where he was director of the Harvard Program for International Education. First job in foodservice: Prep cook at Romanicks,West Bloomfield, Mich. Mentor: Danny Meyer. Next big move: "Despite all the praise we've gotten here at Spruce we're not satisfied. Our next big move is to make Spruce better tomorrow than it was today. It will take a while before we're satisfied enough to open another place."