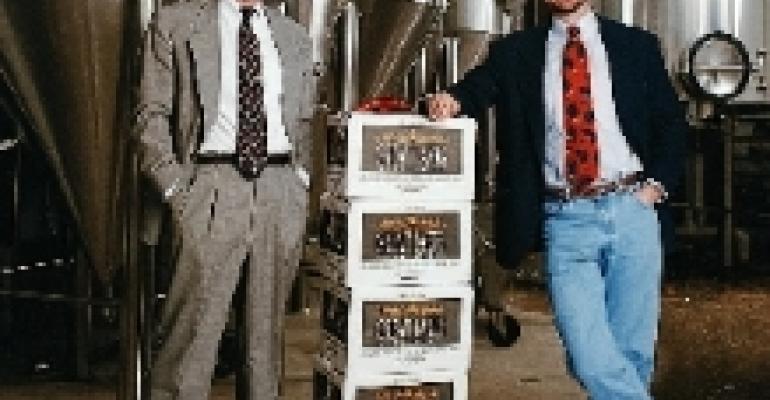 Age: Pat, 47; Dan, 34. Why they are rising: Great Lakes, which opened in 1988, put these brothers in the vanguard of America's beer renaissance. Their beers, 30 different styles that change with the seasons, have won dozens of gold medals in the World Beer Championships and the Great American Beer Festival. Have unusually good food for a brew pub concept, and a menu that matches beer with food. Have had their beers featured at a James Beard House dinner. Training: Pat, a former teacher, and Dan, a former banker, fell in love with hand-crafted beers in Europe and decided to fill a niche in America, despite having no experience and few American models. Mentor: Thaine Johnson, master brewer and genius behind their beer recipes. Endorsement: "The Conways have been able to execute in the finest sense a brilliant concept of what a world-class micro-brewery should have: great beers, wonderful food, and an interesting place to enjoy both," says Rick Cooper, marketing director of the Beverage Testing Institute. Next big move: A $5 million brewery expansion that will increase production from 15,000 barrels a year to 75,000.