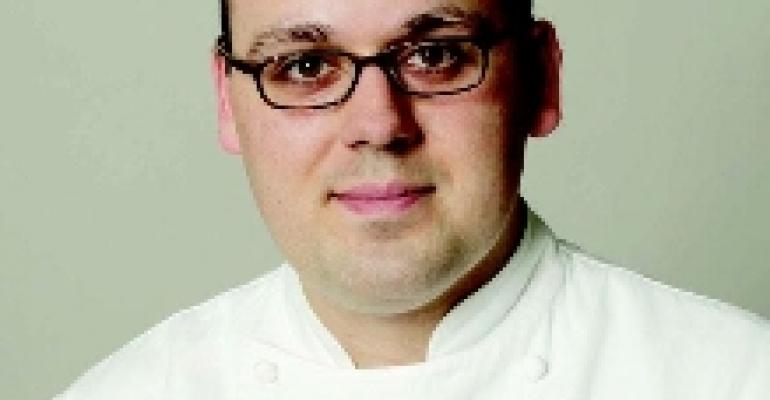 Remember those geeky kids in high school who got shoved into lockers by the jocks? Today, many of those jocks are working in the plumbing department at Home Depot, and the geeks are ruling the world. Meet one of the kings of the world, Homaro Cantu. Today he's a loveable mad scientist, a Willy Wonka of sorts, who creates food far beyond the comprehension of any C student.

At age 29, this protègè of Charlie Trotter has become one of America's most daring chefs at a Chicago restaurant called Moto. This point becomes instantly clear when you are presented with a menu printed on edible paper.

Cantu is not content to merely cook for you. His tasting menus of 5, 10 and 18 courses are exercises in culinary cliff diving. He has 30 patents pending for "food delivery systems." One such patent, for example, is a three-inch box made of super insulating polymer. The box is heated to 350 degrees in the oven. A piece of fish is then placed inside and delivered to the table where it cooks as guests look on.

Cantu also uses liquid nitrogen, helium and centrifuges to create menu items. He is the first chef to cook with a class IV laser. As you might expect, some critics have issues with Cantu's Star Wars cuisine. Nobody, however, questions his culinary talent.

"Some of Cantu's creations are so clever I marvel at the mind that dreamed them up," wrote Phil Vettel of the Chicago Tribune. Thankfully, Cantu was not listening when his mother told him not to play with his food.