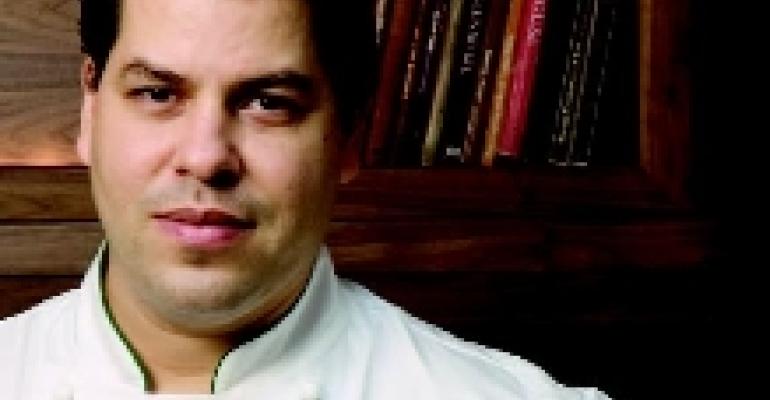 Chef Todd Mark Miller attracted a ton of publicity a few months back with his $100 version of a Philly cheesesteak sandwich. It was a brilliant, if unnecessary, publicity ploy for the opening of Stephen Starr's luxury boutique steakhouse concept, Barclay Prime. Unnecessary because Starr could get elected mayor of Philadelphia for his spectacular urban renewal projects, which now total 13 of the city's best restaurants. Legions anxiously await each new Starr project because they know he has a keen eye for style and talent. At most steakhouses, however, talent can be a wasted commodity. But Miller, who has worked with some of the country's greatest chefs—Jean-Georges Vongerichten, Nobu Matsuhisa and Jullian Serrano— created a steakhouse menu that blows the dust off the staid, traditional genre. Nevertheless, bigger things were in store for MIller, and late last month Starr called on him to replace Marcus Samuelsson at Washington Square. Samuelsson, one of several famed New York chefs Starr has imported to bring cachet to his eateries, will focus on moving his acclaimed Manhattan restaurant, Aquavit, to a new location. Miller has big shoes to fill, but he's got big-time Philly street cred, and that's something no onedaya-week New York City commuter can pack.