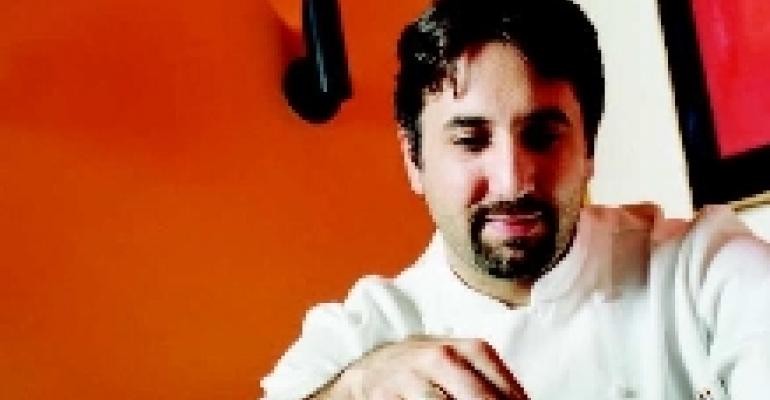 Marco Canora is plotting his next move. As the chef de cuisine of Craft—Tom Colicchio's groundbreaking NYC restaurant—2002 was a banner year. Craft won the James Beard Foundation's "Best New Restaurant Award" and collected a threestar review from The New York Times. It's time, he says, for a new game.

Canora has toiled brilliantly in the shadow of Colicchio, a culinary god who also co-owns Gramercy Tavern, one of NYC's beloved restaurants. Colicchio thinks so highly of Canora, he gave him the green light to create the entire menu at Craft and it's nextdoor sibling, Craftbar.

While so many chefs pledge to buy the best ingredients and prepare them simply and with integrity, Canora and Colicchio actually deliver. "I don't know if cooking can be virtuous, but in this sinful city, I'm sure that Craft is on the side of angels," wrote William Grimes of the Times.

Canora is currently maneuvering for real estate, though he'll maintain his connection to Craft. That news will surely please the angels.