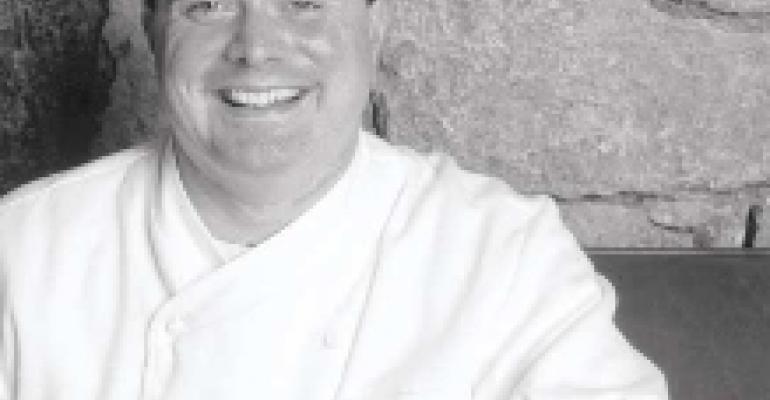 When you walk into your neighborhood restaurant, you hope to find a chef such as Douglas Keane. Mind you, the neighborhood Keane cooks in is the very toney Napa Valley town of St Helena. But Keane's restaurant, Market, is, in essence, a neighborhood place. Keane's been anything but a neighborhood kind of cook. He apprenticed at The Ritz-Carlton in San Francisco, rose to assistant sous chef at Four Seasons restaurant in N.Y.C., and then did stints with Chef Gray Kunz at Lespinasse (also in N.Y.C.) and Restaurant Gary Danko in San Francisco (as the opening sous chef). Before arriving at Market, he caught the media's eye as the executive chef at Jardiniere, where the San Francisco Chronicle named him a "Rising Star Chef." Yeah, Keane is a neighborhood cook—and a Ferrari is just a little sports car.