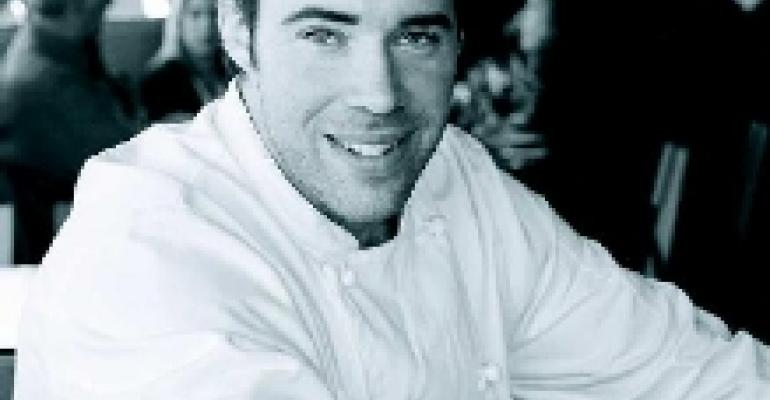 Is it any wonder that David Lentz has spent a good chunk of his career cooking for the beautiful people? With his Hollywood good looks he's been a perfect match for places such as the Blue Door restaurant in Miami Beach's ultra chic Delano Hotel (an Esquire "Best New Restaurant of 1999") and China Grill in Las Vegas' Mandalay Bay Hotel. Clearly, Lentz is not just another pretty face. In Los Angeles, he recently cooked at Campanile, one of the country's great restaurants, and now he's in command of the kitchen at red hot Opaline, where he's wowing the bold and the beautiful with his Mediterranean cuisine. Lentz's duck confit with creamy white beans and sausage, by the way, was named one of "America's 75 Best Food Buys" by Food & Wine.