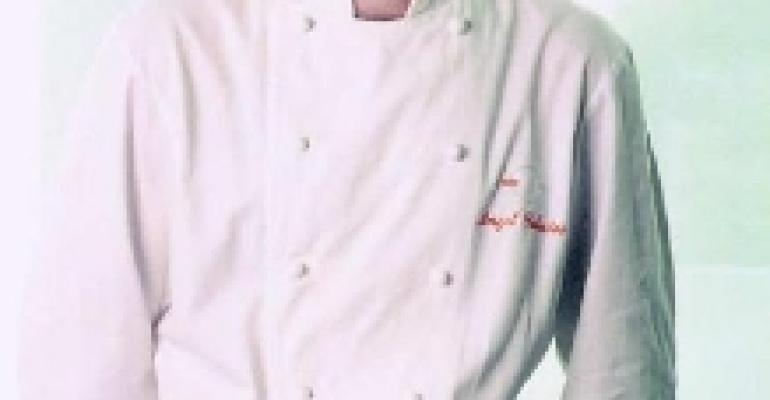 Angel Palacios' food at the American outpost of Madrid's famed La Broche has, quite literally, whipped the Miami culinary scene into a lather. Frankly, not everyone gets it. And that's a good thing.

One-year-old La Broche is no place for the timid. Palacios, 27, is cooking for culinary cliff divers who seek thrills in a surprising menagerie of contrasting textures, flavors and temperatures. La Broche is his laboratory where discovery leads to menu items such as "Duo of Custards"—Parmesan cheese and corn custards served in a shot glass and topped with a splash of truffle emulsion and bacon-infused oil foam. Foam is a frequent accent in Palacios' dishes and reflects his time spent with Spain's super chef, Fernan Adria at El Bulli. Cooking this far out on the edge could get pompous, but the chef has a clever sense of whimsy, which he expresses through taste teasers such as sugar-coated pumpkin seeds with smoked salt or lollipops made from beets.

The Miami New Times says Palacios' food is "so charged with vitality and passion you fear the plates may crack from sheer amazement." The Sun Sentinel is more sucinct when it says La Broche is simply the best meal in Miami.