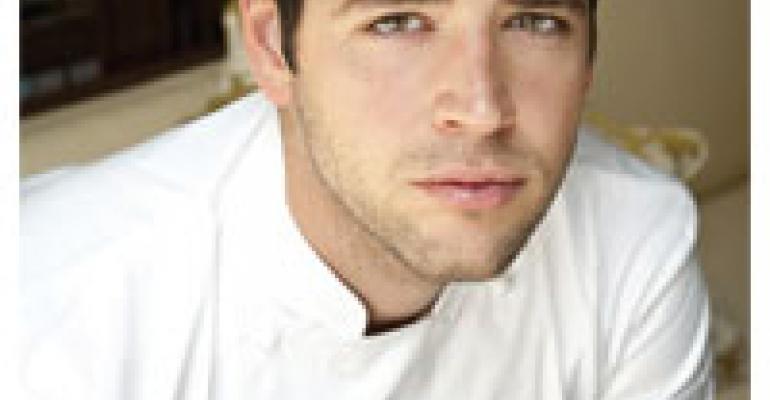 Maybe it's because of the recession and a desire to ease the pain with comfort food, but the number of Italian restaurant openings around the country in recent years has been astonishing. Perhaps it shouldn't be so, because Italian food has long been a favorite of most people during good times and bad. Nevertheless, so many restaurant openings with an Italian accent is somewhat yawn producing. But then a place like Bibiana Osteria Enoteca in Washington, D.C., opens and reminds you why this country has had a long-term love affair with all that is Italian.

Bibiana is the seventh restaurant of Ashok Bajaj, who has had great success opening Indian and American restaurants in the city. And while Italian is outside his comfort zone, he found great comfort in the culinary skills of a talented 30-year-old chef named Nicholas Stefanelli. A look at his resume tells you why.

Stefanelli began his career 10 years ago in Washington, DC, at Galileo under one of America's great Italian chefs, Roberto Donna. It didn't take long before he was promoted to work as chef de partie at Laboratorio del Galileo, Donna's very special (read: expensive) dining room at the rear of Galileo where upscale 12-course meals are created.

Eventually, Stefanelli left there to take a position in nearby McLean, VA, at Maestro with another highly acclaimed Italian chef, Fabio Trabocchi. He worked there four years and followed the James Beard award-winning chef to New York City where Stefanelli was promoted to chef de cuisine at Fiamma. Together, they garnered a three-star review from the New York Times.

The young chef returned to Washington in 2008 to head the kitchen Mio, a modern Latin restaurant. But it didn't take long before he returned to his Italian cooking roots at Bibiana. And the critics quickly took notice. The Washington Post gave the restaurant a glowing review. “White ribbons of lardo and a sunny egg graced a simply but fabulous fontina-paved pizza; and even without an optional shaving of white truffles, a fall special of taglioni, bound with melted butter and Parmesan and ignited with anchovies and garlic, made me lean into my plate,” wrote the Post's Tom Sietsema. Esquire was equally enthralled, writing that Stefanelli's food “has helped make Bibiana the best Italian restaurant to open in the capital in years.” It named Bibiana to its list of the country's Best New Restaurants last year.

Yeah, maybe there have been too many Italian restaurant openings in recent years, but then along comes a place like Bibiana and a chef like Stefanelli and we're reminded why the cuisine makes us feel so good no matter what.