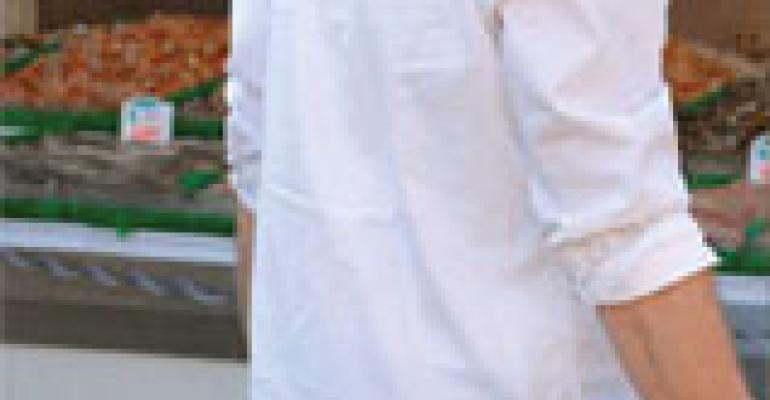 At a time when many are talking about saving the planet, Washington, DC, chef Barton Seaver is walkin' the walk. Several months back, the Blue Ocean Institute, a national conservation group, honored the 28-year-old as a culinary prophet for sustainable seafood. “Barton is part of a new rock star generation of hip, young chefs who don't just see food as an eating experience, but as a philosophy of relationships that ends … in a communion with the land, seas and seasonal life cycles that … climax on the plate and palate,” said the institute's president, Carl Safina.

Because of his commitment to preserving the ocean's treasures, Seaver — the talent behind restaurant Hook in Georgetown — offers a daily seafood menu that is spectacular in its diversity. On any given day one might find blackfin tuna, wahoo, tauthog and mackeral prepared simply and beautifully.

He's a CIA grad who passed through some big-time Chicago and NYC kitchens before heading to Europe to work in small seaside restaurants. He later landed in Washington, DC, to work with Jose Andres at Jaleo. Seaver caught the attention of the media and the public at DC's Cafe Saint-Ex and Bar Pilar, where he got hooked on sustainable seafood.

For some, the phrase “100 percent sustainable” is a marketing term; for Seaver it's a way of life.