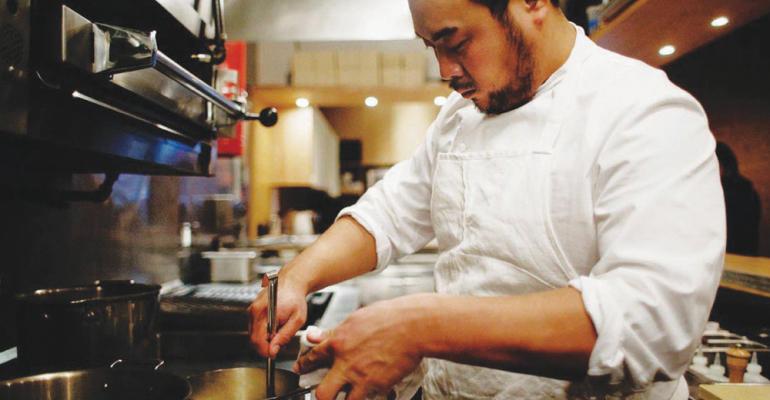 Chef David Chang opened Momofuku in 2004 and ushered in a new era of Asian-fusion cuisine.

What’s new: North Spring is coming to LA, along with a location of Milk Bar. Momofuku will open in Hudson Yards in New York next year

Chef David Chang opened Momofuku in 2004 and ushered in a new era of Asian-fusion cuisine.

Momofuku Group is known for rethinking the restaurant business.

This year, Chang grew the delivery-only concept Ando, expanding the delivery reach in New York and adding a new kitchen. But the business also evolved into more of a hybrid, with only takeout available from the pilot kitchen in Midtown.

But Maple, another delivery company Chang had invested in, failed, and the group folded the magazine Lucky Peach earlier this year.

Meanwhile, the group has been building its infrastructure with the addition of Alex Munoz-Suarez, formerly of The One Group, as president.

Chang is coming to the West Coast for the first time later this year with a new concept in Los Angeles called North Spring, as well as a location of Milk Bar.

And, not surprisingly, Momofuku Group is among the multi-concept players planning a restaurant in New York’s Hudson Yards project. It is described as another location for Momofuku, although Chang hints that it will have a more “experiential” aspect.

“I think we need to do things a little bit differently and have bolder, bigger visions,” Chang said in a statement. “This is exactly what Hudson Yards is to me. I think it’s going to have a world-class food program, and I’m really honored to be a part of that.”