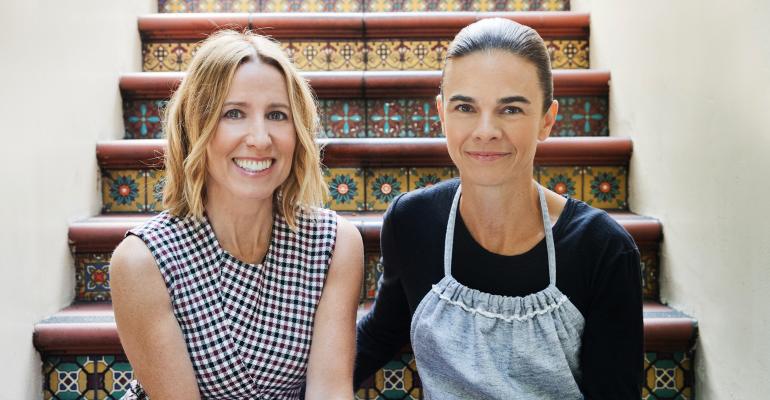 A key player in the Los Angeles restaurant world is The Lucques Group.

What’s new: Started a 10-year contract in 2016 to serve food and beverages at The Hollywood Bowl

A key player in the Los Angeles restaurant world is The Lucques Group.

Where would an American president dine when visiting Los Angeles? Lucques, of course. The group’s signature concept was a favorite of former President Barack Obama and First Lady Michelle Obama.

Chef and owner Suzanne Goin opened Lucques in 1998 with Caroline Styne. Lucques is an unpretentious, fine-dining concept with a lovely outdoor patio, laudable wine list and seasonal Sunday suppers. It was followed by the wine-driven a.o.c. a few years later. A Moroccan feast at The Hollywood Bowl

Tavern debuted in 2009, with essentially three concepts in one: a full-service dining room, a marketplace with breakfast sandwiches and pastries, and a bar serving craft cocktails.

The success of Tavern’s more casual outlet led to the launch of The Larder, which offers a counter-order take on Goin’s cuisine with multiple locations, including one at Los Angeles International Airport. The wholesale Larder Baking Company debuted in 2013.

For a.o.c.’s 10th anniversary in 2014, the group moved the restaurant to a spot with an outdoor garden and an upstairs wine room. Last year, Goin and Styne took on food and beverage for the beloved outdoor venue The Hollywood Bowl.

Goin was named Outstanding Chef of the Year by the James Beard Foundation in 2016. She was inducted into the organization’s Who’s Who of Food & Beverage in America in 2017.

At a restaurant industry conference earlier this year, Goin bemoaned the number of restaurants closing as newcomers crowd the market.

Los Angeles will soon be home to a flood of celebrity chefs, from Dominique Ansel to Daniel Humm.

“I wonder how many restaurants LA can handle and at what point the city will be saturated,” she said. “I wish them all the best of luck, but it’s not as easy as it looks.”