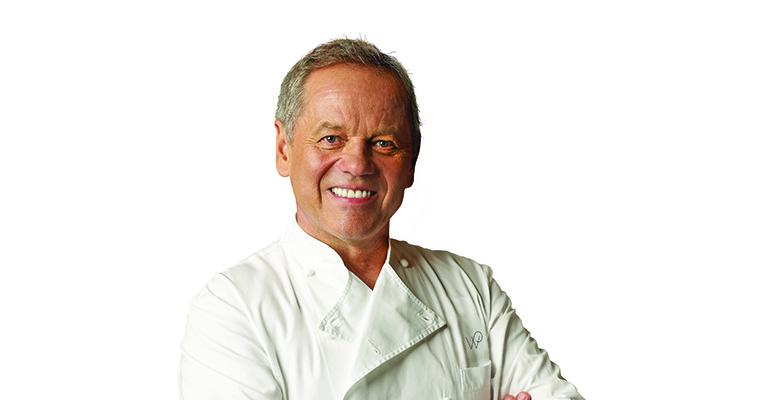 <p>The personable Puck is a virtually a household name.</p>
People

Wolfgang Puck’s legendary impact on the food world is about to be set in cement.

The famed chef on Wednesday was named among 33 recipients of a star on the Hollywood Walk of Fame in Los Angeles, a  2017 crop that also includes Amy Adams, Sarah Silverman, Jeffrey Tambor, Hugh Laurie, John Legend and Ice Cube.

Puck is only the second chef to be selected for the honor, which spotlights celebrities in the fields of television, motion pictures, recording, radio and live theater/live performance. Puck was chosen in the TV category by a committee of experts, which votes on potential candidates once each year on behalf of the Hollywood Chamber of Commerce.

Last year, chef Bobby Flay became the first chef to receive a star on the Walk of Fame.

Puck, in a statement, said, “I’m thrilled to have been selected to be on the Hollywood Walk of Fame. To have my legacy immortalized by this iconic landmark, and to know that one day my grandchildren will be able to see my name there on the star, is an honor, not only for me, but also for my family.”

Puck first achieved national notoriety with his restaurant Spago, which was originally located in West Hollywood on the Sunset Strip. Spago later moved to its current location in Beverly Hills.

Since then, Puck’s Fine Dining Group has grown to include 14 concepts around the world, along with a large catering division, licensed cookware and grocery products, and cookbooks.

The chef has also been known for his TV appearances dating back to 1986, as a guest on ABC’s “Good Morning America,” as well as the first instructional cooking videos. The TV show “Wolfgang Puck” debuted on The Food Network in 2000 and aired for five seasons. Puck has also been known over the years as a regular fixture on Home Shopping Network, where he pitched his branded housewares.