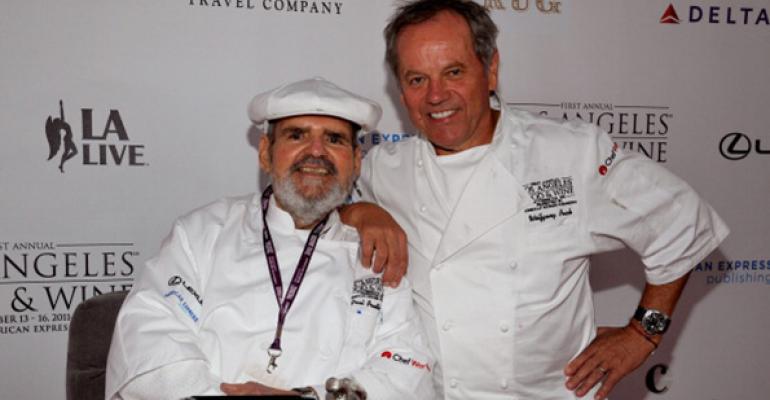 One of the country’s first celebrity chefs and the restaurateur who is credited with widely popularizing Cajun and Creole cuisines, Paul Prudhomme, died today after what a representative described as a brief illness. Prudhomme was 75.

Prudhomme first gained notoriety alongside Richard and Ella Brennan at New Orleans’ famed Commander’s Palace, where he was named executive chef in 1975. Prudhomme left the landmark institution in 1979 to launch his own restaurant, K-Paul’s Louisiana Kitchen, with his late wife Kay Hinrichs Prudhomme. At K-Paul’s, Prudhomme introduced blackened redfish to a mass audience. News cameras at the time captured images of patrons as they lined up for blocks to get a seat at his K-Paul’s and a taste of the new and exciting dish.

Prudhomme is also credited with creating the first turducken (the turkey-duck-chicken) technique and recipe. Prudhomme expanded his empire when he launched a successful retail line of spices, Paul Prudhomme’s Magic Seasoning Blends, in 1983.

Prudhomme authored several cookbooks and, following in the footsteps of the country’s first celebrity chef, Julia Child, hosted a series of national cooking shows on PBS.

Prudhomme was recognized with several honors and awards throughout his career. He was the first American-born chef to receive the Merite Agricole of the French Republic, and in 1986 was named Culinarian of the Year by the American Culinary Federation. In 1993 the National Restaurant Association presented Prudhomme with its College of Diplomates Award, and in 2001, its Thad & Alice Eure Ambassador of Hospitality Award. Nation’s Restaurant News inducted Prudhomme to its MenuMasters Hall of Fame in 2003, and in 2006, Bon Appetit honored Prudhomme with its Humanitarian of the Year award for his wide-scale efforts to help the city of New Orleans and its residents after Hurricane Katrina.

Prudhomme is survived by his wife, Lori.