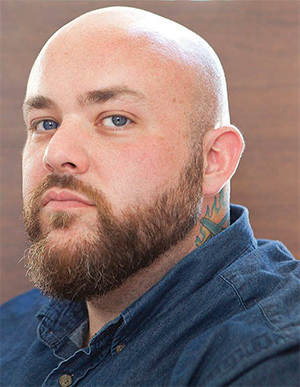 There may be no place in America where carbohydrates are as unwelcome as they are in body-conscious L.A. Yet Chef Evan Funke has proven that if you make pasta beyond that of mere mortals, even Angelenos will get weak at the knees. Funke is the chef/owner of Bucato, which was declared a Best New Restaurant in 2013 by Los Angeles magazine. That accolade and many more can be attributed to Funke’s infatuation with pasta, which was fueled while working for chef Lee Hefter at Spago, where he mastered the restaurant’s signature agnolotti. That experience eventually led to an apprenticeship in Bologna, Italy, at La Vecchia Scuola Bolognese, where Funke mastered the techniques of pasta fatto a mano (handmade pasta). His experience in Bologna convinced Funke to permanently adopt an Italian approach to cuisine—seasonal, simple and ingredient-driven. And while the menu at Bucato is full of “simple” jewels like fried cauliflower “Sicilian Style” and charred octopus with chickpeas, escarole and roasted tomatoes, pastas are the main attraction. Show-stoppers include spaghetti all chitarra, orecchiette with pork belly sugo and tagliatelle with duck ragu. Between Bologna and Bucato, Funke did a stint at Santa Monica’s Rustic Canyon Winebar and Seasonal Kitchen. His work there earned him semifinalist status as a James Beard Rising Star Chef. Now at Bucato, he’s a full-fledged culinary star who can make even the most strong-willed Angeleno take a no-carb break.