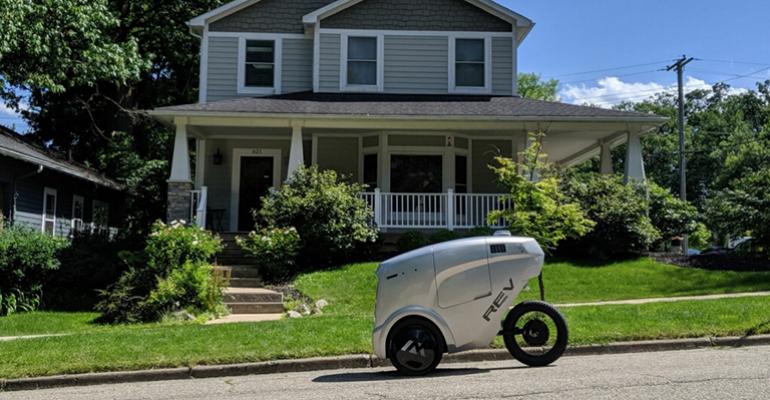 Another robot delivery experiment is under way in the U.S.

But instead of a big restaurant industry player like Domino’s taking their automation to the streets, the latest robot delivery test involves a startup company founded by two roboticists at the University of Michigan in Ann Arbor. Starting today, Refraction, founded this year by the university professors, is launching an autonomous delivery robot dubbed REV-1. It will be delierving everything from Asian bowls to Mexican food from four independent restaurants in a 2.5-mile radius within the college town.

The six-month-old company, backed by eLab Ventures and Trucks Venture Capital, designed the lightweight vehicle for restaurants looking for a reliable and cost-effective last-mile delivery solution. The 5-foot tall REV-1 has three wheels and can travel up to 15 mph on roads or bike lanes. It is designed to make curbside deliveries.

Related: 8 delivery and takeout trends to expect in 2020 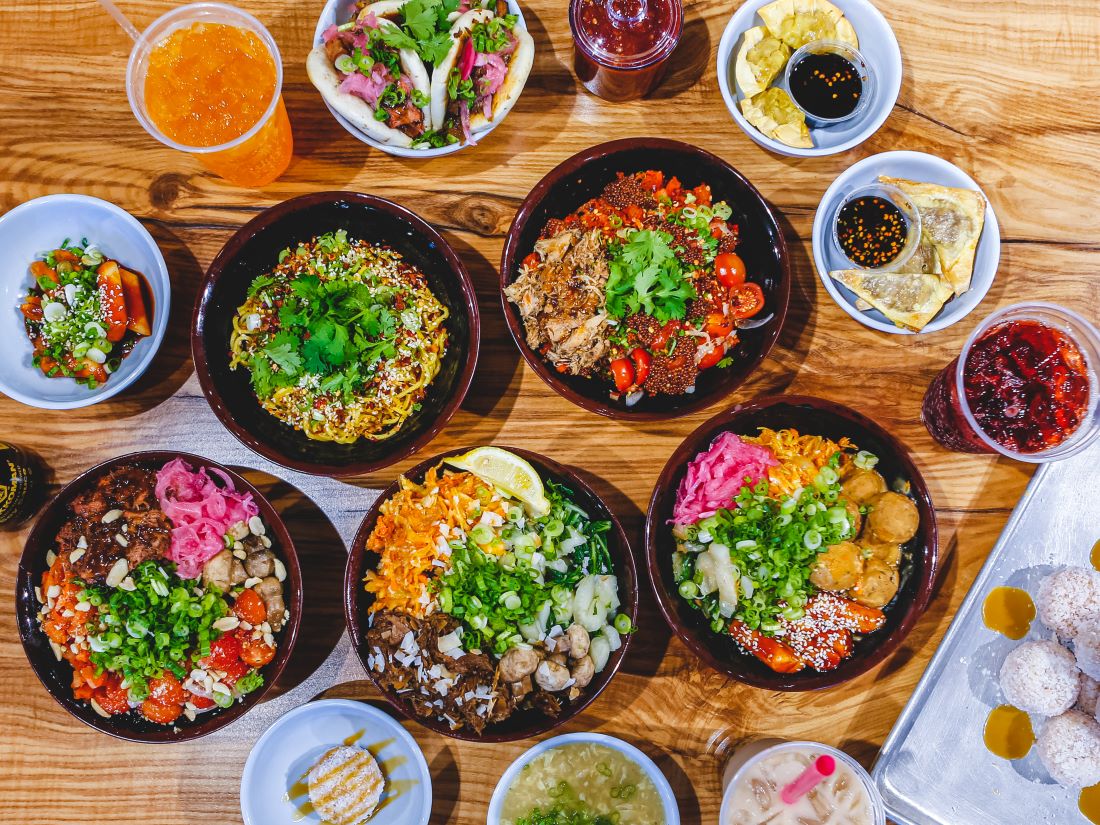 Chow Asian joins three other Ann Arbor restaurants involved in the trial, Miss Kim, Belly Deli and Tios Mexican Cafe. The four restaurants will receive direct orders from consumers who sign up for the trial. The orders, which come through a tablet, will then be prepared and placed inside REV-1’s insulated compartment.

“It’s like a giant cooler on wheels,” said Gillies, a classically trained chef who previously worked at Union Square Cafe and Lespinasse in New York City.

He also spent 10 years as the executive chef at Ann Arbor institution Zingerman's Delicatessen. After his time in New York, he returned to Ann Arbor to open Logan Restaurant, a fine dining restaurant. Earlier this year, he opened Chow Asian, a  bowl concept he'd like to scale.

Delivery has been crucial to marketing the new concept, but it’s expensive for an indie brand with no leverage to negotiate fees like a national chain, he said.

“We treat it as marketing because you don't make that much money on it at all especially for an independent guy,” he said. “The rates are 30% to 40%.”

The robot takes a smaller commission, and has the potential to be much more reliable than the gig drivers working for third-party delivery companies, he said. Some take as long as two hours to fetch a delivery, he said.

“You’re caught in the wind with these drivers,” he said.

“Not only are we using cutting-edge technology and reducing carbon emissions, but Refraction’s robot delivery will help cut our costs,” Hye said in a statement. “Delivery companies charge a significant fee to restaurants, while Refraction only charges 15 to 20 percent.”

Consumers can place orders after signing up for the trial.  Once the robot arrives at the curb, the customer will receive a unique code. Once entered into a key code on the robot, customers can fetch their food. The compartment can fit up to five food delivery bags. However, during the trial, the robot will only be making deliveries to one household at a time. Multiple stops are not part of the program, the company said.

REV-1 is among a handful of robot delivery trials occuring across the country. Domino's is testing unmanned autonomous rovers, as is Postmates. The Northern California-based third-party delivery company has been piloting its own in-house developed rover unit in Los Angeles.