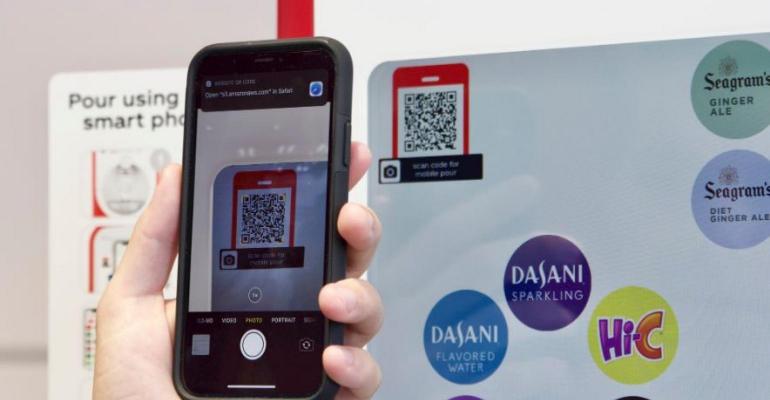 Tech Tracker: Restaurants are turning to QR codes during the coronavirus pandemic for digital menus and contactless payment

Contactless ordering has erupted as a must-have option for restaurants during the coronavirus pandemic.

Most chains and independent restaurants have upgraded their digital systems to allow guests to safely order and pay for food without having a physical exchange with employees. The movement has led to a resurgence in QR codes, which are being used to view digital menus and pay for meals with a personal phone.

And now, Coca-Cola Freestyle machines are making a pandemic comeback thanks to QR code technology. 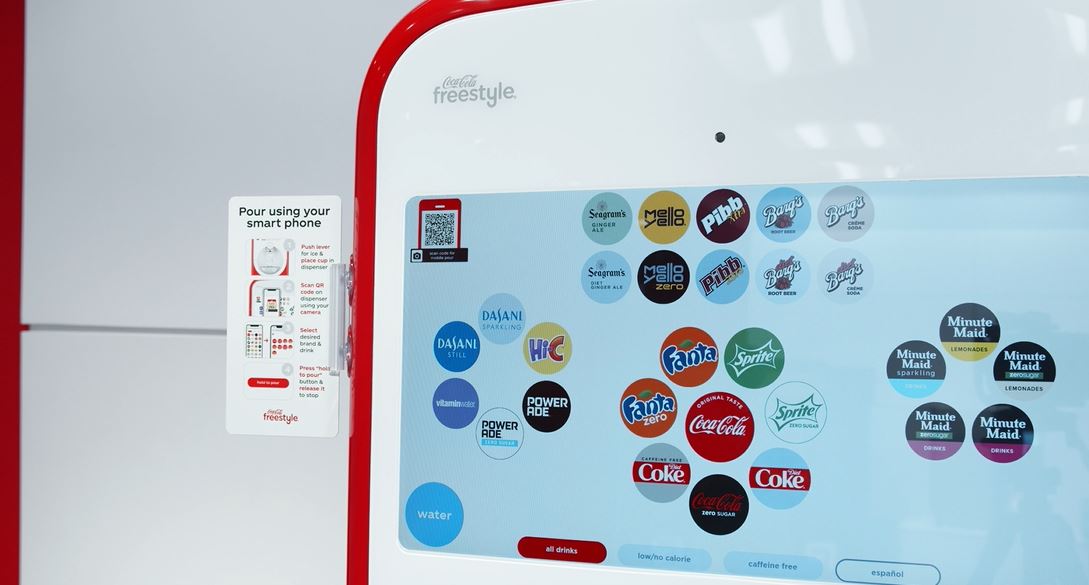 The self-pouring beverage machine, which allows consumers to customize their drink from dozens of soda flavors, can be found in hundreds of quick-service restaurants and movie theaters across the United States. But self-serve beverage dispensers, along with buffet bars and kiosks, have been sidelined during the pandemic as high-touch surfaces are considered a risk for spreading the virus.

The Coca-Cola Company said this week it has resolved that problem for the 52,000 Coca-Cola Freestyle dispensers distributed throughout the country. Of those, about 78% are in restaurants.

Starting this month, the new software will be pushed out to 10,000 Coca-Cola Freestyle dispensers in various locations across the country, including select Firehouse Subs, Wendy’s and Five Guys restaurants, Coca-Cola told Nation’s Restaurant News.

Firehouse Subs, Five Guys and Wendy’s locations in Atlanta were the first quick-service chains to test the new mobile experience.

Each Freestyle machine displays a QR code that can be auto scanned with a camera on a mobile device.

After placing their cup under the dispenser, customers can turn to their phones to create a customized drink from the full menu of flavors. It works just like the Freestyle touchscreen.

“The idea is to be safe, seamless and fun,” Connor said in a statement.

Freestyle, which made its debut in 2009, has its own app, as well. Coca-Cola said the new contactless pouring system can be accessed through the Freestyle app, giving frequent users the ability to pour their favorite “saved” drink concoctions.

All 52,000 Coca-Cola Freestyle dispensers should have the contactless pouring option by Dec. 31. The new technology is being rolled out at no additional charge to restaurants and retailers, Coca-Cola said.

First used in the auto industry, QR codes were slightly ahead of their time and disappeared from widespread use until recently.

Initially, consumers had to download an app in order to scan a QR code used by a business. Now the bar codes can be auto-scanned by any camera phone.

That’s made it easier for restaurants to meet safety guidelines in jurisdictions where dine-in has resumed. The barcodes are now ubiquitous -- found "ready to be scanned" on dining room tables, bartops, coasters, restaurant websites, paper checks and hostess tables.

"The QR code is seeing huge responses, some days over 50% use so they [guests] are definitley warming to the new approach now that it's been a few weeks," said Joe Manzella, owner of a string of upscale-casual dining restaurants in Orange County, Calif

He said his POS provider, Toast, worked with him to add the contactless payment option for his restaurants including TAPS Fish House & Brewery in Irvine, Calif. The QR code appears at the bottom of the check.

"The first week, we had a slow acceptance level and that has completely turned around. Guests are definitely accepting of it and using it," he said. 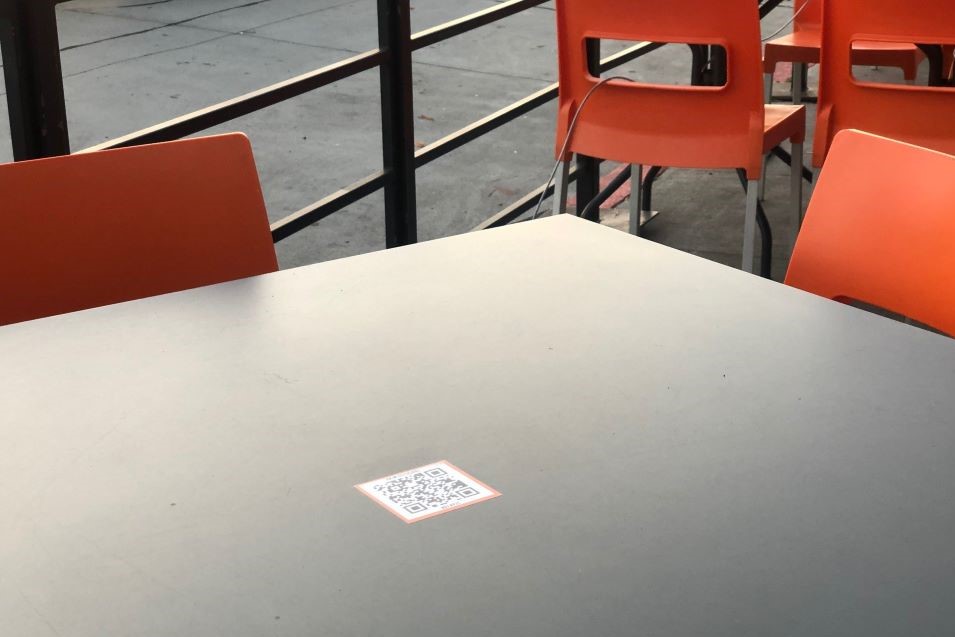 snooze, a full-service chain specializing in all day brunch and breakfast, has added QR codes to tables for customers to download digital menus on their phone.

The company is known in the industry for supplying restaurants like Capital Grille with digital wine lists and menus using iPads.

About a year ago, the company began developing a system where the menu could be downloaded through a person’s mobile device.

“We started working on it. And we were actually questioning [ourselves] for a while, ‘Is anyone really going to want a menu on their phone?” Jack Serfass, CEO and co-founder of Uptown Network, said.

Another upside: Uptown’s system is dynamic, giving restaurant owners the ability to make menu updates in real time because it lives on the cloud. It’s not a PDF download like other online menus.

The QR code can also be added to a restaurant's website so consumers can check out the menu before coming to the restaurant. Consumers can also share the menu with others, giving restaurants the added benefit of free user-generated marketing.

With single-use disposables on the rise, Serfass said Uptown is also helping restaurants that want sustainable solutions during the pandemic. As of early July, Uptown’s BYOM has kept nearly 723,000 throwaway menus out of landfills, he said. 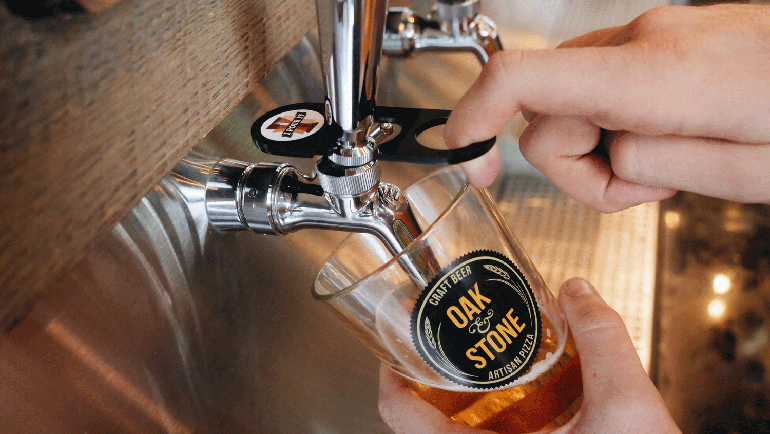 Other sustainable self-serve solutions
Lake Forest, Calif.-based iPourIt Inc. has launched a Touchless Tap Key (TTK) option for its restaurant and bar clients. The reusable RFID device pairs with the iPourIt system “to create a safe and sanitized self-serve experience,” the company said.

The device was developed for iPourIt customers in response to the COVID-19 pandemic. The finger grip replaces the beer wall system's RFID bracelets and swiping cards, which are used to activate the beverage taps. They can also be used to pre-load funds, or to run a tab.

“It’s dishwasher safe, made of durable plastic and built for regular cleaning and sanitation," the company said. "With its reusable design, the TTK cuts down on paper and plastic waste by eliminating the need for single-use protective products at the tap."

Oak & Stone, which has retaurants in Florida, has been using the finger grip since it reopened restaurants in Florida. Co-owner Joe Seidensticker said he’s grateful iPourIt was able to create a solution to maintain “the beer wall experience” that their customers love.

Update: This story was updated to include an additional comment from a restaurant owner.