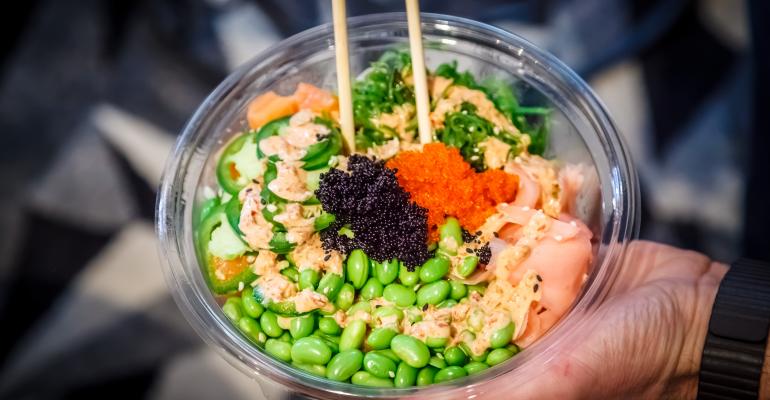 Aloha Poke
Aloha Poke plans to expand its footprint through a partnership with REEF. The poke bowls will be available for delivery only in the South Florida market starting in January.
Operations>Technology

'I really see it as more of a real estate play in that they [Reef] are operators,' Birkinshaw said

Aloha Poke CEO Chris Birkinshaw was in a “wait and see” mode when it came to dipping his brand’s toe into the murky waters of the ghost kitchen space last year before the pandemic. He checked out a few known leaders in the sector including CloudKitchens and Kitchen United but didn’t settle on any partnership until late this year when he signed a deal with Reef Kitchens.

“I really see it as more of a real estate play in that they are operators,” Birkinshaw said.

Reef Kitchens, an off-shoot of Reef Technology, launched its on-demand food hubs, or vessels, last year inside the company's high-tech parking facilities. In November, the company received an investment round that will help it reach its goal of growing from 4,800 parking facilities to a projected 10,000 locations across the country.

Unlike other ghost kitchen operators, Reef does not rent kitchen space to restaurants. Instead, Reef acts like a franchisee, signing an agreement with a brand to sell their food as a delivery only product within their network of Neighborhood Kitchens, or vessels, which look like shipping containers. Each vessel is set up with the necessary equipment to run a mobile restaurant with up to eight brands per vessel.

Birkinshaw said Reef runs the operations and negotiates fees paid to third-party delivery operators, making it a “low-risk, high-reward” partnership with Aloha Poke. The poke concept, which has about 19 units, makes money off of royalties, Birkinshaw added. 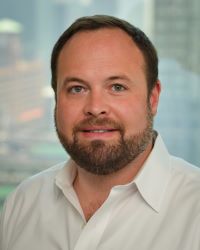 “Their model fits pretty neatly with our goals for expansion through franchising,” Birkinshaw, left, said.

The other advantage of going with Reef is that Aloha Poke can use their mobile food hubs as a way to test entry into a new market. If the brand can then turn a mobile hub into a brick and mortar location, they can do that and simply ask Reef to relocate their Aloha Poke food vessel to a new delivery only market.

Reef has the “amazing flexibility to move where we put these kitchen vessels” thanks to the company’s vast network of parking garages, Segal said.

Birkinshaw said Reef provides Aloha the kind of flexibility that you don’t have with a traditional ghost kitchen model because you can move to new markets if need be.

Ultimately, when choosing Reef it came down to that mobility factor, Birkinshaw said.

“You can use this as the tip of the spear in searching for your development strategy, but you can also use it as infill because, again, they have all of these [mobile] vessels,” he said.

Reef's partnership with Aloha Poke is among dozens the company has formed over the last several months as it deploys its kitchen vessels in major U.S. markets. Besides South Florida, Aloha is also hoping to tap Reef to enter new markets in Dallas and Atlanta.