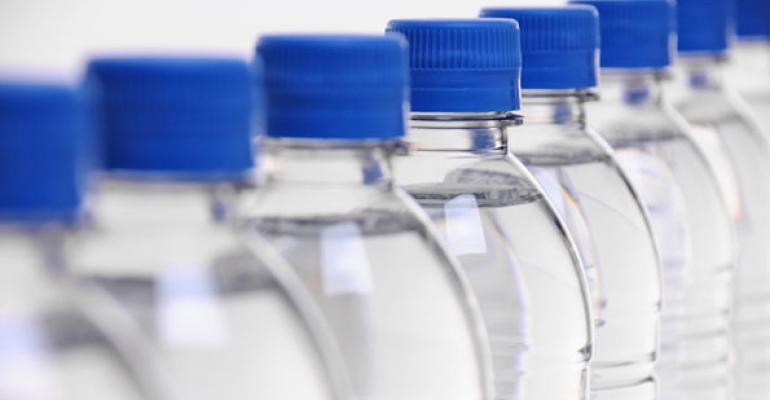 California’s water shortage is leaking into many different areas of foodservice and could put a serious strain on business.

A new California law went into effect in mid-April that prohibits restaurants from offering water unless requested by the customer is being met with mixed results. Many restaurants have already started adhering to the law, according to SFGate.com, while others are finding ways to skirt the issue.

SF Gate reports servers at Bar Tartine in San Francisco recently brought water to the table but did not pour it, suggesting guests could pour it themselves to keep the restaurant out of trouble. Another restaurant owner suggested it’s time to start pushing bottled water again because bottled water produced outside the state wouldn’t deplete the California supply.

Providing bottled water ensures guests won’t be exposed to any bacterial contaminants that water treatment facilities can’t control. It also boosts revenue at a time when tap water orders are cutting into beverage profits across the industry.

From 2009 to 2014, water-only orders increased by 90 million servings, while soft drink orders decreased by 590 million servings over the same period, according to research done by Crystal Light. Manufacturers like Crystal Light are touting flavored liquid drops that turn free tap water orders into new profits by creating beverages. Crystal Light claims adding their product to the menu can increase non-alcoholic beverage spending by as much as 10 percent.

As the droughts continue, the prices of agriculture and other animal products have spiked. For organizations looking to purchase California-specific products—avocados, almonds, wine—the sourcing process is expected to become especially difficult in coming months.

Together with residents, the California restaurant industry has been ordered to scale back water consumption by 25 percent. It’s possible more drought-stricken states will follow suit. According to the U.S. Drought Monitor, as of the end of March 2015, 36.8 percent of the contiguous U.S. states were experiencing moderate to severe drought conditions.

The Pacific Institute, which conducts research on environment and sustainability issues, says cutting water usage 25 percent isn’t as difficult as it sounds. The organization offers these five tips:

• Fix leaks: Repairing leaking fixtures and pipes can save 5-10 percent of the water consumed in a commercial facility.

• Retrofit: Old or inefficient restroom fixtures should be retrofitted to reduce water consumption. According to the organization, the average toilet in California uses 2.8 gallons of water per flush, more than double the 1.28 GPF of a high-efficient toilet.

• Replace: With some restroom fixtures, such as urinals, it may be more water- and cost-efficient to replace the unit rather than retrofit. Of the 12 million urinals installed in the U.S., 65 percent use more than 1 to as much as 3 GPF, the institute says. Replacing these with water-efficient urinals can save facilities about 4,000 GPF per urinal annually. Replacing these with waterless urinals can save 35,000 gallons per urinal annually.

• Think recycling: Many industrial users now use potable (drinkable) water in manufacturing. Using recycled and retreated water can scale back water use considerably with little impact on operations.

"About half the water consumed in most commercial facilities is used in restrooms," says Klaus Reichardt, founder and c.e.o. of Waterless Company. "Because of this, the first place to look when reducing water consumption should be in the restroom."