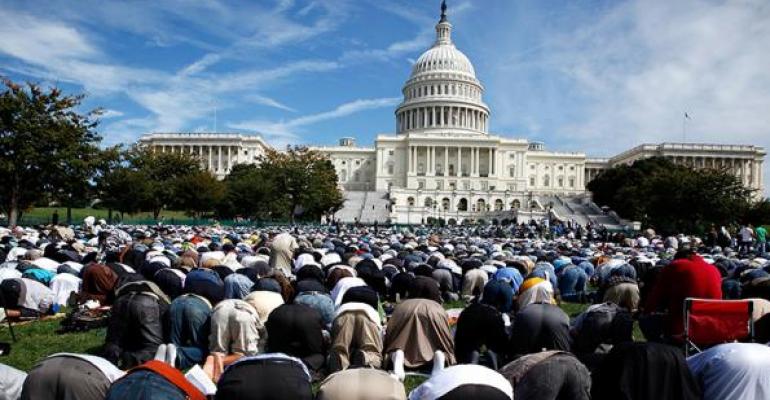 As concern over terrorism mounts, verbal attacks and other incidents involving Muslim employees appears to be on the rise, according to published reports. But employers that don’t take steps to quell this kind of behavior could find themselves targeted by the federal Equal Employment Opportunity Commission.

As restaurant owners and other employers well know, Title VII prohibits discrimination and harassment in the workplace on the basis of religion, which means that an employee’s anti-Muslim rant could get his employer sued. And the EEOC already has been pursuing litigation, with more than 68 such lawsuits since 2010 filed on behalf of many of these complainants. That’s on top of the hundreds, if not thousands of private claims brought by Muslim employees against their employers.

The pressure is not likely to let up, with the EEOC declaring in a December 2015 press release that matters involving the discrimination and harassment of Muslim employees will be an enforcement priority.

To reduce the likelihood of a successful discrimination lawsuit, restaurant leadership should encourage employees to create a workplace based on respect and religious tolerance.

Counseling your employees to be sensitive to those issues—and not saying anything that might violate the company’s discrimination and harassment policy—should do the trick. However, employers should not  impose blanket prohibitions on discussing certain topics, since that could damage employee relations and morale.

Restaurant companies also should remind managers at the headquarters, district and store levels to be on the lookout for offensive employee speech so as to quickly quash any suggestion of harassment. If they cross the line, the employee will then be subject to discipline for violation of that policy. We encourage employers to focus on the enforcement of the policies they already have, instead of creating new rules.

To be sure, training can go a long way in an employer’s defense against a discrimination/harassment suit. If you don’t have regular discrimination and harassment training, implement it. Communicating on a regular basis what is appropriate in the workplace is the best way to keep employees on good behavior and protect an employer in the event of a lawsuit.

In particular, training managers is important. Even if managers may agree with controversial political opinions, they are the first line of defense when it comes to creating and maintaining a workplace free from discrimination and harassment. If they let a few things slip through, pretty soon they’ll see a snowball of problems coming the company’s way, and that will be no good for anyone.

Carmon M. Harvey is a shareholder in LeClairRyan, based in the national law firm’s Philadelphia and Newark, N.J. offices. She focuses her practice on employment litigation and counseling, including wage and hour issues, hiring, firing, employee discipline, federal and state discrimination laws, sexual and other prohibited harassment, the Family and Medical Leave Act (FMLA), the Americans with Disabilities Act (ADA), the Age Discrimination in Employment Act (ADEA), the Worker Adjustment and Retraining Notification Act (WARN), trade secrets and non-compete agreements, and grievance arbitration.