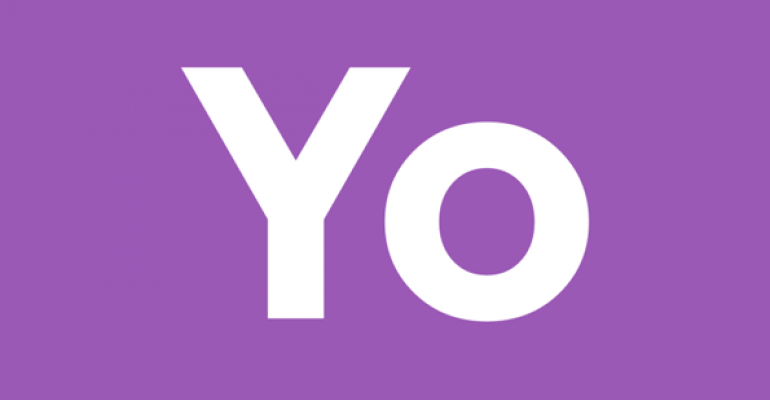 When now-ubiquitous Twitter first debuted in 2006, few knew what to do with it and fewer still foresaw its far-reaching commercial possibilities. But Twitter got a warm welcome compared to Yo, a free new app whose sole function is to let its users send the two-letter message “Yo” to their friends. Thought to be a joke at first, Yo has already found serious use among marketers, and restaurant social media gurus may figure it out next.

Yo drew plenty of ridicule at first from the likes of Stephen Colbert:

But then it proved valuable as a rapid way to inform Israeli citizens of incoming rocket strikes during the Israel-Gaza conflict. Now large media properties like the Washington Post, the Wall Street Journal and NBC News are using Yo to notify followers when new articles of interest have been posted. Craigslist will send a Yo when a new listing comes up in one of your searches; TwitterYo can alert your friends with a “Yo” whenever you send a Tweet. More services are on the way.

Yo-based marketing initiatives are just getting off the ground. One from luxury car maker Mercedes shows the potential. The company went on Yo to pitch free test drives of its Electric Drive car in San Francisco. An approach something like this would seem to hold the most promise for restaurants.

Yo could be no more than a passing fad, but there’s a reason it may have legs. As website TechCrunch points out, “Yo isn’t about messaging; it’s about alerts and notifications. Yo’s potential to be much more than an app is in its ability to potentially be a platform.”

How might restaurants use Yo? An article in the Wall Street Journal gives an inkling. “Yo's next iteration will let users send a link along with their ‘Yo.’ And a forthcoming service that lets any person connect an RSS feed to Yo means every blogger, website and media outlet on earth will be able to send push notifications to their followers, including links, whether or not they have downloaded a corresponding app.”

If you want to send customers offers and information about your restaurant, Yo could be one way you’ll be doing it in the future.