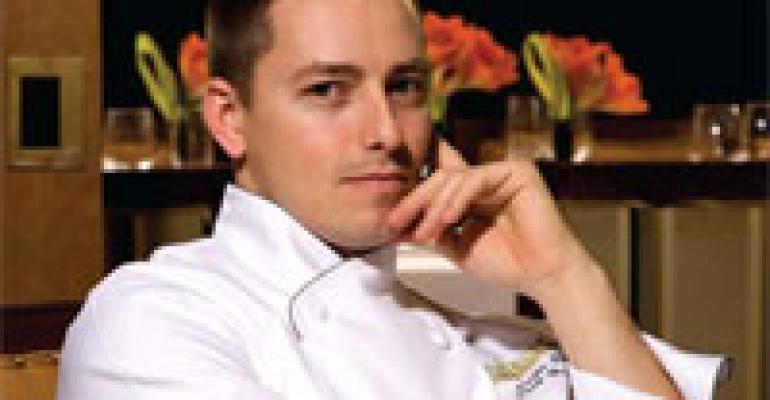 It happens all the time. A star chef who has brought fame and fortune to a restaurant moves on. It's a bad place to be if you're the owner of an abandoned restaurant unless you operate in a big-time city with a deep culinary bench. Chicago is one such city, so when acclaimed chef Graham Elliot Bowles left Avenues at the Peninsula Hotel months ago, top guns were waiting in the wings. The high profile job now belongs to Curtis Duffy.

He has the unenviable task of filling the shoes of Bowles, who was a Food & Wine Best New Chef in 2004. Avenues consistently received four-star reviews under his reign. But Duffy is no slouch. In Chicago, he toiled several years at Charlie Trotter's, and followed that with stints at Trio and, most recently, at Alinea with Grant Achatz, who was named the country's most outstanding chef at the James Beard Awards in May.

According to Dennis Ray Wheaton of Chicago magazine, Duffy is on his way to becoming a culinary titan at Avenues. “The meal I had was in the league of Achatz and Bowles, and beyond [Homaro] Cantu [of Moto] in brilliance of flavors and old-fashioned refinement.,” he reported. “Duffy uses a lot of grains, foams, berries, and you get the true essence of the food. Every dish is intricate, with a stunning exactness of how ingredients are place and paired.” With media attention like this, Avenues might want to begin planning now for Duffy's eventual departure to open his own place.