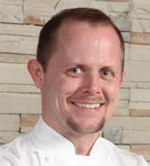 “My father advised me to never start anything that I would want to stop. For example, if the line guys are tired after a long day and want to leave without cleaning up, and you say yes to them going, you’re setting a precedent and there is no turning back.”

“The best advice I received came from a sign that hung in our grandfather’s office, our dad’s office and now our office, that reads: ‘A business succeeds, not because it is big or because it has been long established, but because there are men/women in it, who live it, sleep it, dream it, and build great future plans for it.’” 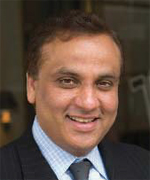 “My late father told me to hire the best people I could afford. ‘Surround yourself with really smart people and they will make you look good,’ he said.”

“‘If you commit to something, then do it justice and finish the project.’ That advice comes from my grandfather, Papa Sam, who lived to be 102 years old and worked up until he was 92. His advice has been part of my restaurant roots since opening the first Broken Egg 17 years ago.”

“If the bookkeeper comes in on Sundays, he’s stealing from you.”