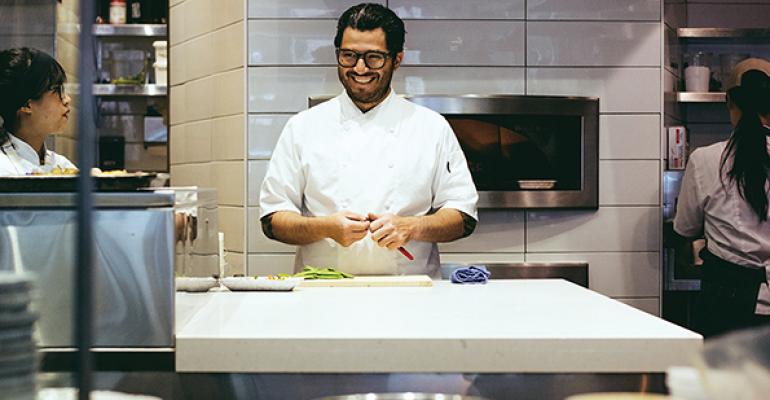 SINGLE CONCEPTS:
• Bäco Mercat (a neighborhood restaurant with a seasonal menu heavily influenced by eastern Mediterranean, Spanish and North African cuisines)
• Bar Amá (named after Centeno’s great-grandmother, Bar Amá is an homage to the Tex-Mex (with a twist) cooking that he grew up with
• Orsa & Winston (a fine dining restaurant with 6-, 10- and 20-course tasting menus.  Inspired by the ingredients and the cooking of Japan and Italy)
• Ledlow (an American bistro serving breakfast, lunch and dinner daily)

WHY IT’S COOL:
Josef Centeno is an interesting character. He’s cooked at several temples of gastronomic temples, including Daniel and La Cote Basque, and held the post of chef de cuisine at Manresa in Los Gatos. It doesn’t get more upscale than that. On his own, he still struts his fine dining stuff at Orsa & Winston, but his other places offer elbows on the table experiences that are a pure casual joy. He’s even created something special, a flatbread sandwich he calls “baco.” Originally, it was  a late-night snack for employees, now it’s a signature item in the restaurant that bears its name. The flatbread has become a vessel for all sorts of delicious proteins, including pork, beef, poultry, etc. Because of its huge popularity and versatility, Centeno will soon open a fast-casual spinoff of Baco Mercat that could someday become the next big thing across America. You never know.