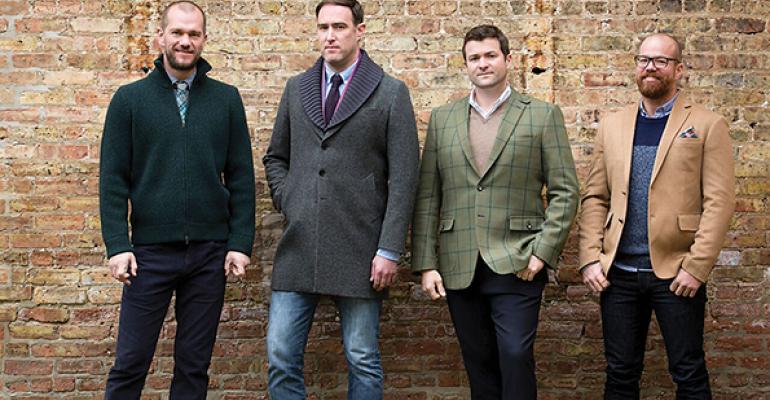 SINGLE CONCEPTS:
• Old Town Social (a neighborhood sporting parlor with a chef-driven menu of elevated bar food and housemade charcuterie)
• Nellcôte (French & Italian cuisine in a space inspired by the infamous Villa Nellcôte in the south of France)
• RM Champagne Salon (a cozy European-inspired bistro tucked away in a cobblestone alley that offers a variety of bubbles, cheese plates and mignardises)
• Kinmont (sustainable seafood in a spot inspired by 1800s gentlemen’s hunting clubs)
• Ampersand (a versatile pop-up events space hidden within Kinmont restaurant, focused on providing a platform for up-and-coming talent)
• Expat (an al fresco-only seasonal sidewalk café serving a pared down menu of summer beverages and fresh, raw eats

UPCOMING PROJECTS:
• A soon-to-be announced concept that will arrive in September.

WHY IT’S COOL:
A few months back when RH released the results of its Best Sandwiches in America Contest, Old Town Social claimed the top prize in the panini category for its Cuban sandwich. It was no contest, really, because owner and executive chef Jared Van Camp sources whole hogs from local farms to produce outstanding charcuterie that is used in the sandwich. Van Camp, a Paul Kahan protégé, is a fanatic who pays crazy attention to everything he does, right down to milling his own flour for pizzas and pastas. The result is places like Old Town, which is the benchmark by which other gastropubs should be judged. But Van Camp and partners have also created several other cool restaurants, including Nellcôte, which was inspired by the French mansion where the Rolling Stones made their groundbreaking album, Exile on Main St. There they serve terrific food at ridiculously reasonable prices in a setting that suggests rock ‘n’ roll extravagance. You simply can’t go wrong at Nellcôte or at any of Element Collective’s other haunts.