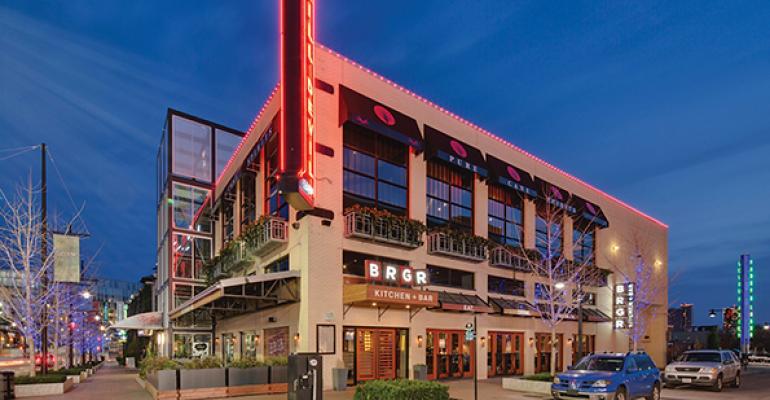 WHY IT’S COOL: While franchising is certainly not for everyone, there are some benefits to the corporate structure, including all the support systems that come with it. Alan Gaylin worked his way up through the Houlihan’s corporate team, eventually reaching c.o.o., before he cut bait in 2007 and began the second half of his career as an independent restaurateur. Today, Gaylin’s Bread & Butter Concepts owns Kansas City’s restaurant scene—opening five restaurants and a food truck in four years. His ability to understand how a big corporation markets their product has boosted success, he says. Gaylin hired a marketing team eight months before his first restaurant, BRGR, opened to create the brand and help people know what it would be. The original BRGR (there are two locations now) has done 6% to 10% better in sales each year since its opening. Gaylin moved on to open Urban Table, an American bistro with fresh, scratch-made food; Gram and Dun, which he calls Kansas City’s original gastropub; and Taco Republic, serving street-style tacos in a laid-back get-up. Gaylin’s restaurants, whether casual or upscale, are focused on value. He wants customers to walk out saying their experience was worth the money.