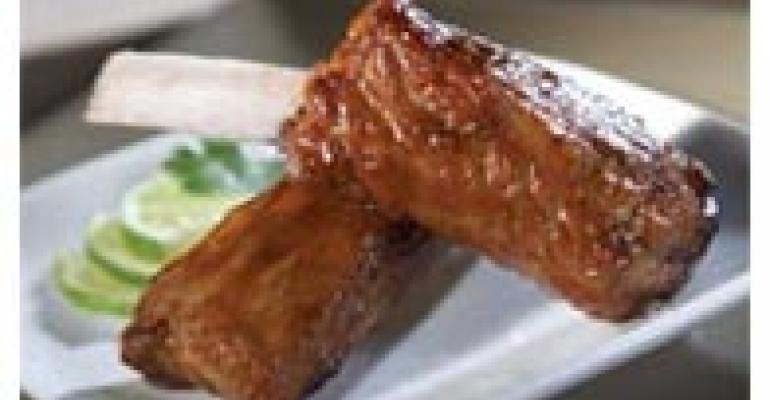 as needed, salt and pepper

Peel thin membrane from underside of the lamb ribs. French the tip of the rib bones so they are easy to pick up without being messy. Season the ribs with olive oil, salt and pepper. Place ribs on a medium-high grill and cook until brown on both sides. Let most of the fat render out of the ribs until they begin to crisp.

For Sweet and Sour Glaze: Reduce the pineapple juice, vinegar and soy sauce by 50 percent. Add the ketchup, brown sugar and gingerroot; simmer for 5 minutes. Stir in the cilantro and lime juice. Chill the sauce until ready to use. Store in airtight container for up to 2 weeks.

Brush the ribs with some of the glaze and then place them under the salamander to reduce the glaze onto the ribs. Slice between the rib bones and serve.