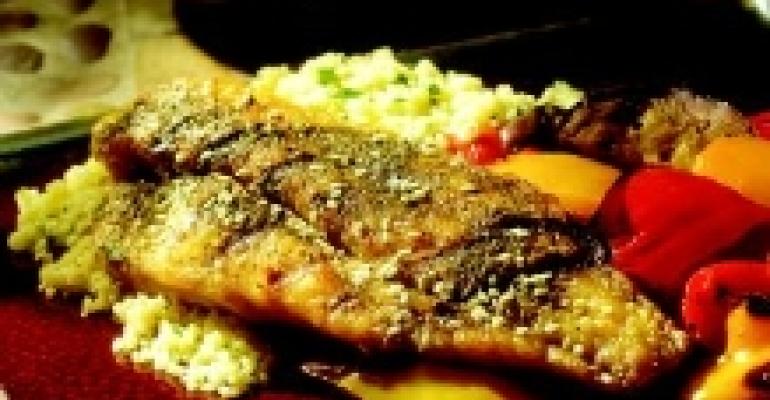 Preheat oiled grill until very hot. Season catfish fillets with salt and pepper and lightly brush with olive oil. Quickly mark the catfish fillets on the grill without cooking the fish through. Remove fish from grill and place on a sheet pan.

Sprinkle each fillet with about 1 tsp. Zahtar Seasoning Mixture, covering top of each fillet completely. Finish each fillet in a very hot oven (450°F) until cooked in the center (to 140°F internal temperature). Remove fillets from oven and immediately squeeze 1/2 lime over each fillet. Serve each catfish fillet accompanied by several lime wedges and 1 cup escalibada.

For Zahtar Seasoning Mixture: Combine all seasoning ingredients in lidded container. Cover and seal until ready to use as directed.

For Escalibada: Toss vegetables in bowl with some olive oil and seasonings. Grill over high heat to char slightly. Remove from grill and return to bowl, peeling peppers before combining.