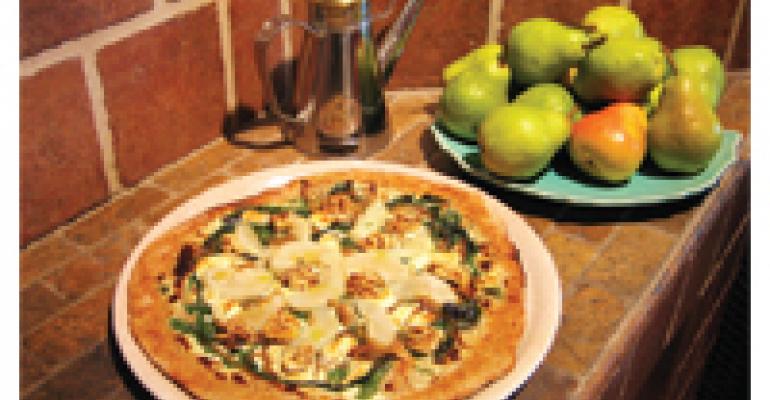 From: Cloud 9 Restaurant at the Senator Inn & Spa, Augusta, ME. Yield: 1 pizza.

1 pear, firm but not hard

Peel and cut pear into medium slices. Brush a sheet pan and tops of pear slices with the olive oil and roast in pizza oven until pears are golden and caramelized on top.

Spread the mascarpone over the pizza crust. Evenly distribute the greens and the caramelized onions over the top. Sprinkle on the walnuts. Fan out the caramelized pear slices and top pizza off with crumbled Gorgonzola. Bake in hot brick oven until crust is golden.