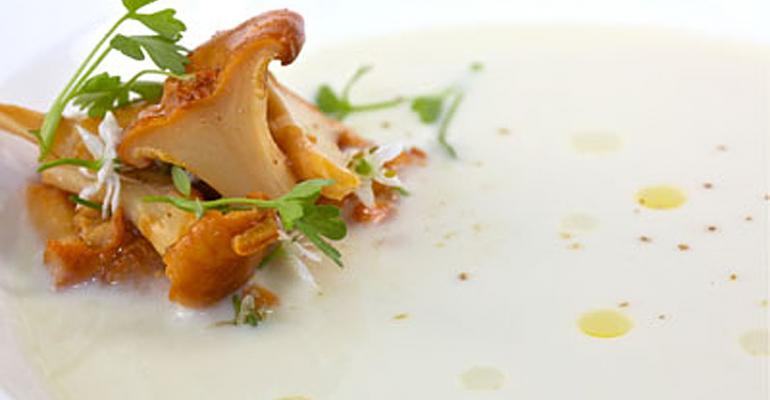 Shola Olunloyo is about to shed his image as Philadelphia’s best chef without a restaurant. In early fall he is expected to open his first place, called Speck, at the Piazza at Schmidts. The 65-seat restaurant will feature new American food, a carefully chosen list of wines, beers and cocktails along with an eight-seat chef’s counter for special nine-course chef’s tasing menus. The chef’s counter musts be booked online (and paid for) up to a year in advance./

The regular menu consists of small plates ranging in price from $4 to $24. Some of those dishes—styled by Olunloyo, who doubles as a photographer and kitchen consultant—are shown here.

The self-trained Olunloyo may not be a household name outside the City of Brotherly Love, but he’s paid his dues at such spots as Deux Cheminées, Le Bec-Fin and Bleu. In 2000, Olunloyo left Bleu to start his own private chef business, StudioKitchen, which was essentially an eight-seat private dining room in his apartment.