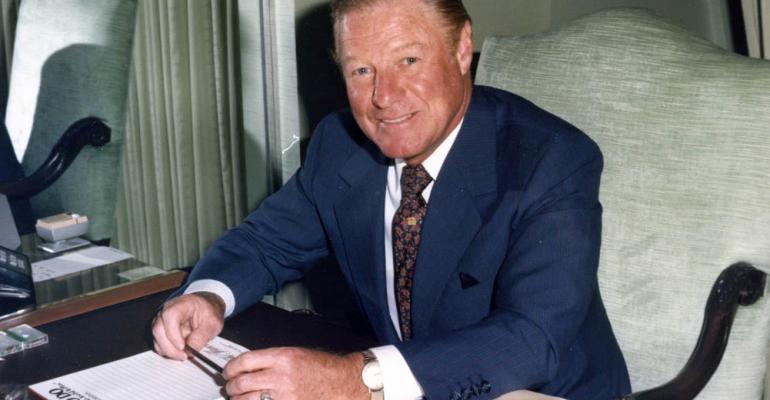 Longtime restaurateur Harry Knowles — known for the celebrated restaurant The Manor in West Orange, N.J., among others — has died, Knowles Hospitality announced Monday. He was 97.

Knowles was founder and owner of the multiconcept group that was parent to several restaurants and event venues, including Ram’s Head Inn, Highlawn Pavilion, Pleasantdale Chateau and the Marriott Residence Inn of West Orange, N.J. He ran the business with his wife of 72 years, Doris Knowles.

“Even at the age of 97, he was actively involved, alongside his children and grandchildren, in the organization’s operations, continuing to pursue the work that he loved,” said Keith Sly, Knowles Hospitality’s director of public relations, in an email.

Knowles and The Manor were named to the Nation’s Restaurant News Fine Dining Hall of Fame, and he was the recipient of a number of other awards and honors. In 1984, the New Jersey Restaurant & Hospitality Association named him Restaurateur of the Year, and in 2014 the association gave him a Lifetime Achievement Award.

He was also a member of the DiRoNA Hall of Fame and was cited for “extraordinary service” in the Chaîne des Rôtisseurs. The International Geneva Association also named him Restaurateur of the Year and in 1992, he traveled to Franfurt as a member of the U.S. Culinary Olympic Committee.

Knowles also served as a P-47 Thunderbolt fighter pilot in World War II and he “carried over that sense of military precision and ethic of honorable service to the hospitality industry,” Sly wrote.

“For Harry, whether it was as a waiter, fighter pilot or the patriarch of a hospitality industry family who can count its customers in the hundreds of thousands, it is, and has always been, about service, hard work, giving the best and never giving up,” wrote Sly. “Even to his last days, he did just that —gave his best and never gave up.”