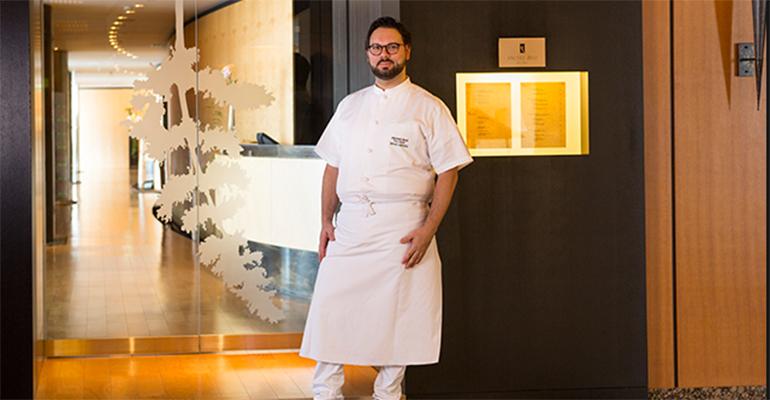 Only a handful of restaurants will enjoy the benefits that accrue to winners of the prestigious 2016 James Beard Awards.  But no fewer than 300 operators will get a boost from other honors bestowed during the industry’s awards season this spring. If your operation serves fancy old-school cuisine, specializes in the type of innovative fare favored by hardcore foodies or just puts out a nice brunch, high-profile recognition could be coming your way soon.

Here’s our advice to chefs who would like to chosen for restaurant ranking website Opinionated About Dining’s “Top 100 Classical & Heritage Restaurants” list one day: forget the heavily inked arm tattoos, mountain man beards and bleeding-edge cuisine. The 2016 honorees are mostly a clean-cut crew of Europeans—33 from France alone—who’ve been serving the same style of food for decades.  Collectively, this group demonstrates that restaurants can be old-fashioned in all the right ways.

OAD compiles this list separately from its Top 200 list. That one highlights restaurants that offer more adventurous contemporary cuisine.

"OAD was founded in part because I felt that other dining guides did their clientele a disservice by not differentiating between traditional restaurants and those trying to innovate,” says OAD boss Steve Plotnicki. “The OAD Top 100 Classic & Heritage list is a way to honor the chefs and restaurants whose cuisine has remained stylistically consistent for the past two and a half decades, while maintaining a long term commitment to excellence."

Topping the 2016 list is Michael Bras Toya, located at the Windsor Hotel in Hokkaido, Japan. Bras oversees this restaurant from his home base in Laguiole, France; Simone Cantafio is the chef who runs the kitchen there.

Other big-name French chefs have had similar success staying at home in France while operating a satellite restaurant bearing their name in Japan. Several of them were high up on the OAD list. This group includes:

• No. 16 Cuisine Michel Troisgros, located in the Hyatt Regency Tokyo.

• No, 20 Pierre Gagnaire, found on the 36th floor of the ANA InterContinental Hotel in Tokyo.

Factor in Robuchon’s Robuchon au Dome in the Grand Hotel Lisboa, Macau China—No.10 in the OAD rankings—and the extend-your-brand to Asia strategy looks even better.

The big winner was Joel Robuchon, who had five restaurants spread across three continents that made the OAD list: Nos. 10, 13, 53, 54. 76.  Alain Ducasse did well, too, putting three restaurants into the top 50.

The numbers crunchers must be working overtime at online reservation provider OpenTable, coming up with two Top 100 lists in the past few weeks. First came the 100 Hottest Restaurants in America.

“The list of the 100 Hottest Restaurants in America is generated from more than five million restaurant reviews collected from verified OpenTable diners between March 1, 2015, and February 29, 2016. All restaurants with a minimum ‘overall’ score and number of qualifying reviews were included for consideration,” the company says. “Qualifying restaurants were then sorted according to a score calculated from each restaurant's average rating in the ‘hot spot’ category.” California, with 25 restaurants on the list, led the way. New York had 15.

It’s an eclectic group. New Orleans restaurant Shaya, recipient of the JBF 2016 Best New Restaurant award earlier this week, appears on the OpenTable list. But so do two Pitch Pizzeria locations, both in Omaha. There are four Asian fusion operations headed by Texas chef Tyson Cole: Uchi Houston, Uchi and Uchiko in Austin and Uchi Dallas.

"Brunch is a delicious way to savor the day on Mother's Day or any weekend," says OpenTable chief dining officer Caroline Potter. "Whether it's for diners seeking kid-friendly food for their families or a fun, relaxing meal with friends, restaurants are putting out some of their most sublime creations during the day, and more and more, we're seeing seasonal and on-trend ingredients making their way into mouthwatering brunch dishes and refreshing daytime cocktails."

Translation: the all-day breakfast market is bigger than you might think, at least on weekends for full-service restaurants. Many operators will have to up their game if they want to cash in on this opportunity, but the opportunity appears big enough to make it worth their while.