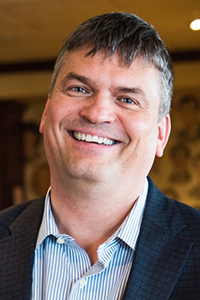 “Through his prior successes in hospitality,” said Bruce Bozzi, Jr., executive vice president of the Palm Restaurant Group, in statement, “Jens made us feel assured that he understands that our relationships with our guests are as important as the excellence of our food, wine and spirits. We are excited to welcome him to The Palm family.”

The Palm has 22 steakhouses in the United States and two in Mexico City.

“There are a lot of great restaurants out there,” Baake said. “However, when meeting The Palm’s owners, employees and guests, you quickly realize that this is much more than a legendary organization — it is a large family welcoming you with open arms.”

The privately held Palm, which is still family owned, was founded in 1926.