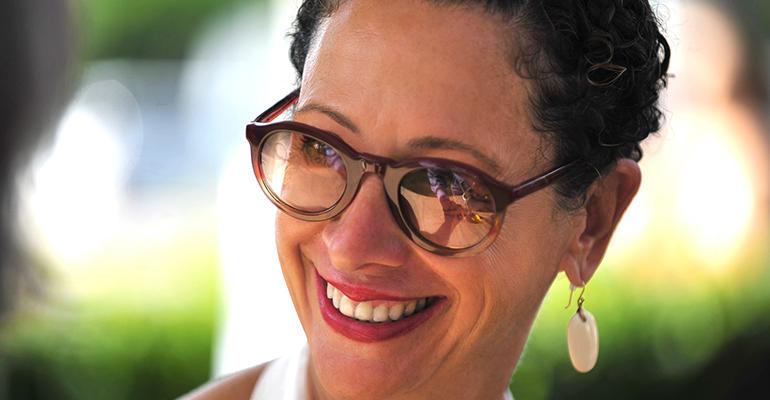 <p>Revered chef/entrepreneur Nancy Silverton is on the agenda along with a number of other big players.</p>
People

Some of the top women in the restaurant world are scheduled to gather in Los Angeles next month for the 23rd annual national conference of Women Chefs & Restaurateurs.

Equal pay, making best use of social media and understanding the debate over genetically modified ingredients will be some of the topics covered at the event, which will be held mostly at the InterContinental Los Angeles in Century City April 17-18. This year’s theme: “Imagine Your Dreams and Ignite the Future.”

On the agenda are educational sessions, mentor panels, cooking competitions and grub crawls around town.

But the event also includes plenty of time for networking, bringing together young and up-and-coming female talent with some of the West Coast’s stars, including Nancy Silverton of Pizzeria/Osteria Mozza; Susan Feniger and Mary Sue Milliken of Border Grill; and Sherry Yard, the former executive pastry chef for Wolfgang Puck Fine Dining Group who this year is working on a revival of the iconic Helms Bakery complex in Los Angeles.

Top Chef alums Mei Lin, Brooke Williamson and Nyesha Arrington will coach teams of competitors in the Food Games, to be judged by Sophie Gayot, Antonia Lofaso and Silverton.

Capping the two days will be a gala at Paramount Pictures Studios in Hollywood, hosted by Food Network hosts Waylynn Lucas and Ron Ben-Israel, where this year’s Women Who Inspire Award winners will be announced in various categories.

Finalists for the Barbara Tropp Golden Knife Award, which recognizes a lifetime of culinary excellence and women that have made an exceptional contribution to the foodservice industry, include Joan McNamara of Joan’s on Third in Los Angeles; Heidi Krahling of Insalata’s and Marinitas in San Anselmo, CA; and Karen Trilevsky, entrepreneur and founder of Full Bloom Baking Company in San Francisco.

For the Golden Pencil Awards, recognizing a dedication to teaching; Kirsten Dixon, Within the Wild in Anchorage; Annemarie Ahearn, Saltwater Farm in Rockport, ME; Tiffany Poe, Tiffany Poe Culinary Services in Tulsa.