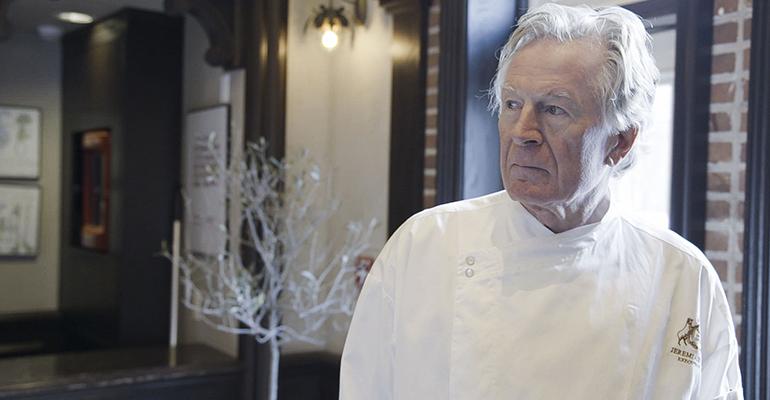 The life of a chef is not easy, but it does sometimes make for a good film.

So indicates a batch of documentaries on the independent film circuit and available for streaming this year.

Though their stories are very different, the films attempt to capture the back-of-the-house drama and sacrifice endured in the kitchens of top restaurants.

Tower is the focus of The Last Magnificent, which debuted during the Tribeca Film Festival in New York on April 16.

Produced by chef, author and docu-series star Anthony Bourdain, the film portrays Tower as “one of the most controversial, outrageous and influential figures in the history of American gastronomy,” yet his name has been obliterated from history, according to the festival synopsis.

Tower was a pioneer of California cuisine, moving from the kitchen of Alice Waters’ Chez Panisse to found the influential San Francisco restaurant Stars in the 1980s. More recently, he came out of retirement to attempt to revive the New York restaurant Tavern on the Green.

Later this month at the Newport Beach Film Festival, La Tradition focuses on Olhats, a Southern California chef and restaurateur known for the iconic restaurant Tradition.

The French-born Olhats is considered by many to be the father of fine dining on the Orange County culinary scene, though the restaurant closed in 2012.

In February, the film King Georges debuted in theaters in some markets. It’s the story of chef Georges Perrier and his once-iconic restaurant Le Bec-Fin in Philadelphia. Here’s the trailer:

The restaurant closed in 2013 after four decades and the film touches on the relationship Perrier had with a much-younger protégé Nicholas Elmi, who at one point describes the restaurant as “stuffy.”

The New York Times film critic Nicolas Rapold described writer/director Erika Frankel’s portrayal of Perrier as “cartoonish,” but contends that the film neatly portrays “a man with a fierce personal code who seems to have accepted change.”

Out of Chicago comes For Grace, the story of Duffy, chef of the restaurant Grace, and his partner Michael Muser. Here’s the trailer:

Written by Kevin Pang and Mark Helenowski, the documentary first debuted in 2014, but now it’s available for digital streaming on iTunes, Amazon Video and Google Play.

Pang and Helenowski followed Duffy for four years following his interactions in the kitchen, including somewhat contentious dealings with his mentor, the late Charlie Trotter.

Also for watching at home, Netflix has renewed for three more seasons the docu-series Chef’s Table, developed by David Gelb, director of the documentary Jiro Dreams of Sushi, according to Inside Scoop SF.

In May, season two will be available for streaming and will feature Dominique Crenn of Atelier Crenn, Petit Crenn and Antoinette in San Francisco, as well as Enrique Olvera of Mexico City’s Pujol and Grant Achatz of Alinea in Chicago.

In season three, to be aired later this year, the series goes to France to feature Alain Passard of L’Arpege, Michel Troisgros of Maison Troisgros, Adeline Grattard of Yam’Tcha and Alexandre Couillon of La Marine.