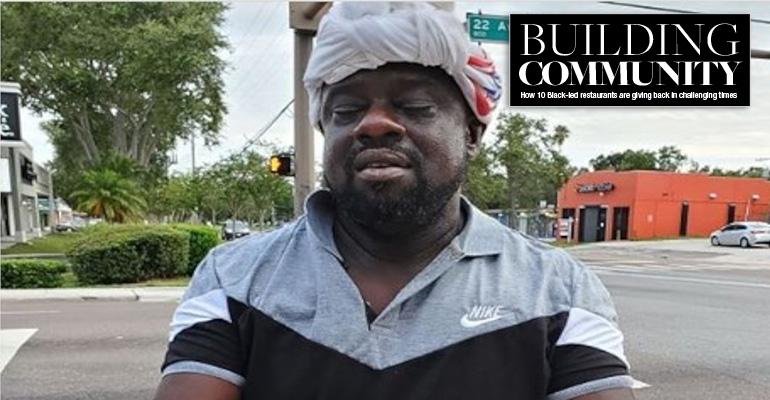 Eric Atwater of Atwater’s Best BBQ and Soul Food in St. Petersburg, Fla., on being there for the community.
People

Atwater’s Best BBQ and Soul Food in St. Petersburg, Fla., serves as an outlet for the community to feed those in need

Eric Atwater’s heart may be in need of repair, but he has a lot of love for the neighborhood

Eric Atwater began 2020 fully intending to retire from a lifetime of working in his family’s South St. Petersburg restaurants in Florida. The plan was to step down in January and hand over operations of his Atwater’s Best BBQ and Soul Food to his 25-year-old son Deontae Thompson. Atwater was planning to move to Atlanta.

But 2020 has not been a year for sticking to plans.

The 46-year-old was having heart issues at the end of 2019 and he needed a pacemaker — then he needed a second pacemaker. As he prepared for more surgery, COVID-19 hit, putting the community on lock down.

At that point, Atwater said he knew he was right where he needed to be: In the neighborhood where he worked all his life, and where his family had run restaurants since 1962.

When local schools were closed in the spring, Atwater was immediately concerned for the many children in the neighborhood who relied on school meals. So Atwater’s Best BBQ started offering free meals for children.

As word got out in the community, donations began flooding in. The restaurant expanded the free meals to include seniors and, really, anyone who needed it.

“It really turned up because other activists came in and they came up with doing free breakfast and free groceries … Now it’s bigger than just feeding the kids. We feed the community,” he said. 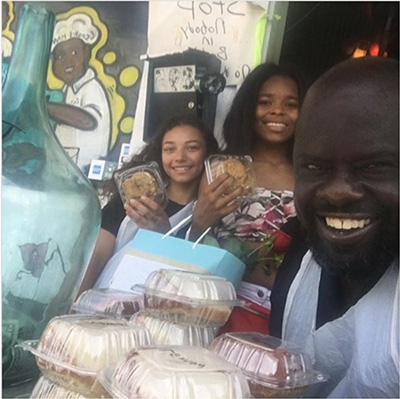 And though regular customers are coming back, the restaurant hasn’t stopped. By the end of June, Atwater’s had given out an estimated 5,000 free meals, according to local news reports. Seeing reports of his efforts, doctors and nurses treating Atwater’s heart condition have also made donations of masks and gloves, he said.

For Atwater, this was carrying on a tradition that began with his parents and was later taken on by Atwater with his siblings. Their restaurant, Atwater’s Cafeteria, was known for its Southern cooking but also as a focal point, where politicians, preachers and police officials came to connect with the community.

Atwater’s Cafeteria closed after 38 years in 2011, but now Atwater’s Best BBQ is carrying on the family legacy.

When asked about how the social-justice movement this year will change things for son Thompson as he takes over, Atwater said the road has already been paved, “he just has to walk it.”

Atwater said he has seen police “beating people up” his whole life. He had his own problems with police growing up and said there are good police officers and bad police officers.

“Only thing we want to do is serve them, all of them,” he said. “I want to serve the good people and the bad people; the white people and the Black people. I want [Thompson] to have that same attitude, you just treat people with respect. You give respect, you get respected.”

At press time, Atwater was between pacemakers and he was supposed to take it easy. But, he said, “This is where I want to be. I love my neighborhood. I don’t do it for the money. I do this because this is what I like to do. I like to cook and feed people. This is my life.”

He still plans to retire after he gets his new pacemaker. He said Thompson will take over restaurant operations, with the help of Atwater’s sister and some nieces and nephews. And Thompson has plans for an upgrade — though he said he’s not ready to reveal details.

“My son is stepping up. He got a lot of new ideas and I’m just going with it. It’s Atwater’s for another 60 years,” said Atwater. “I’m excited. I just know 2021, the place is going to be real nice. It’s going to be something to see.”